I have never known a school holiday like it, we (myself, the husband and the three boys) have got a fun packed summer diary, but on the few quieter days I mentally pencil time to weed, cut hedges and generally keep some garden control. So far such plans have been blown out of the water by unexpected surprises. Some lovely surprises, friends coming to stay or popping in for coffee and lunch. Some not so lovely surprises, two emergency doctor visits within four days with my youngest (cutting his head open and being stung by a bee resulting in his hand swelling up too fast for my liking) and todays surprise, coming downstairs to hear the sound of Victoria falls. The husband managed to dash out the house to work without hearing the gushing cascades of our new water feature, which actually transpired to be a burst pipe under the boiler. After a day without water (I did have the sense to turn off the stop cock) I’m told which taps and levers to move, leaving us with cold running water for a few weeks until the issue is resolved. Thank goodness for an electric shower, kettle and summer weather!

Enough of my woes, we had a fabulous Sunday outing to Godinton Gardens near Ashford, Kent. They are beautiful, peaceful and romantic gardens set around a gorgeous Jacobean house. Although they were busy (according to the ticket lady), it felt very quiet, bumping into the odd couple or family.We skipped the house tour, a sensible move with three young boys, and wandered around the tranquil and inspiring setting. 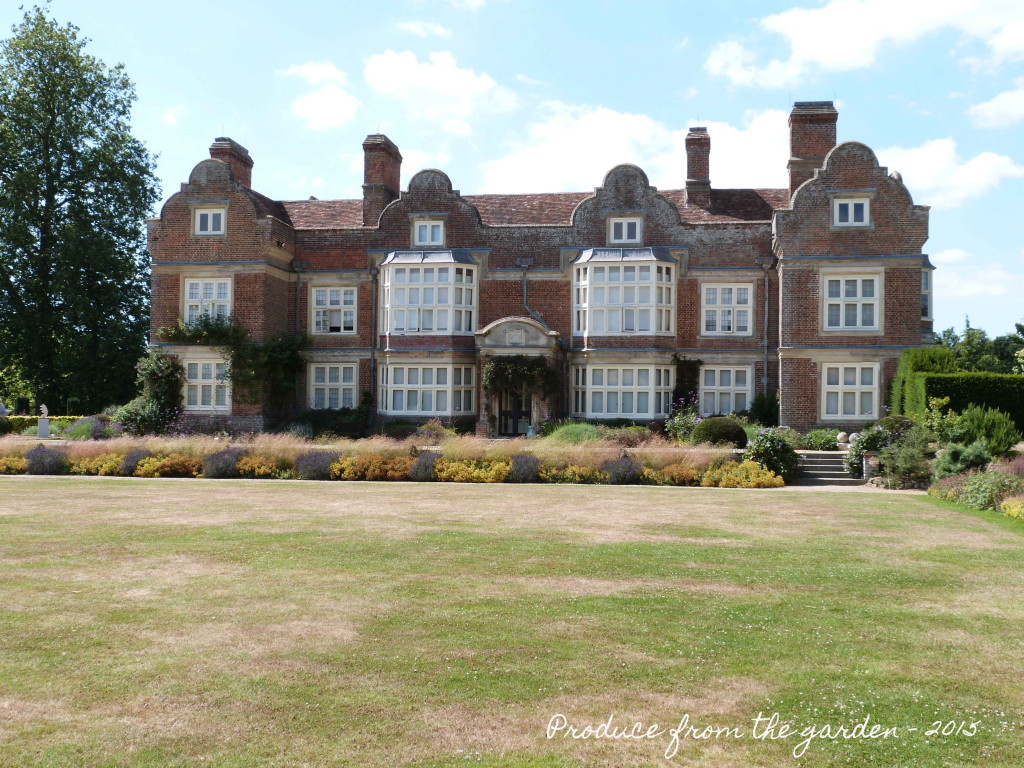 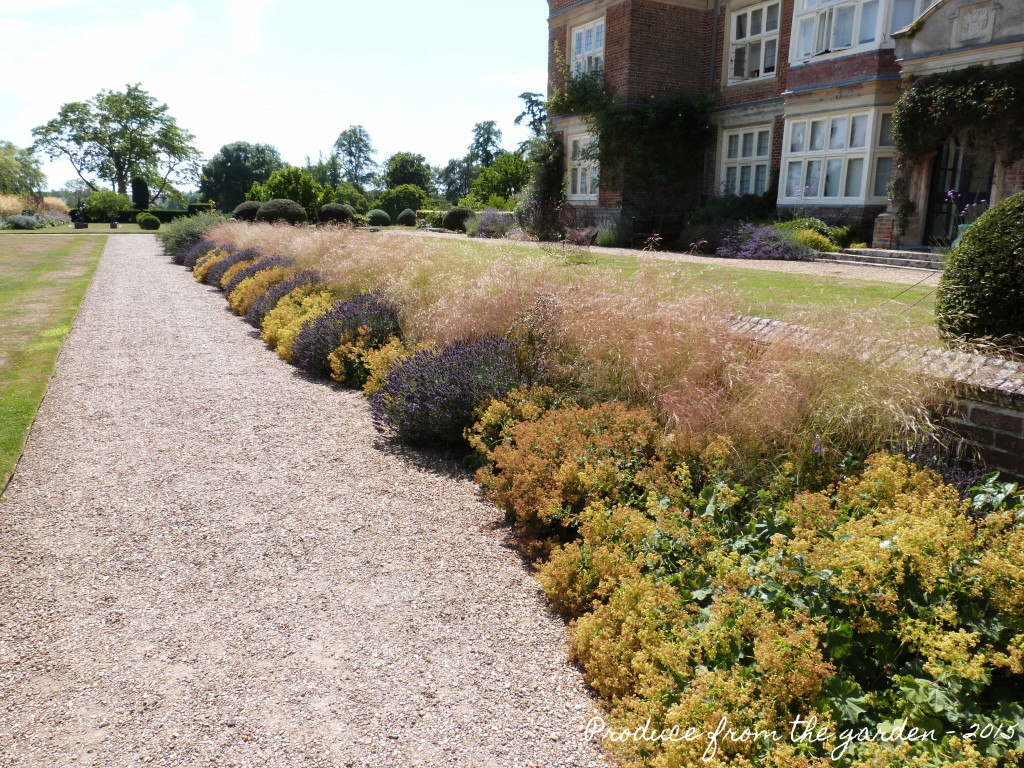 A simple but stunning border of Alchemilla Mollis, Lavender and Grasses 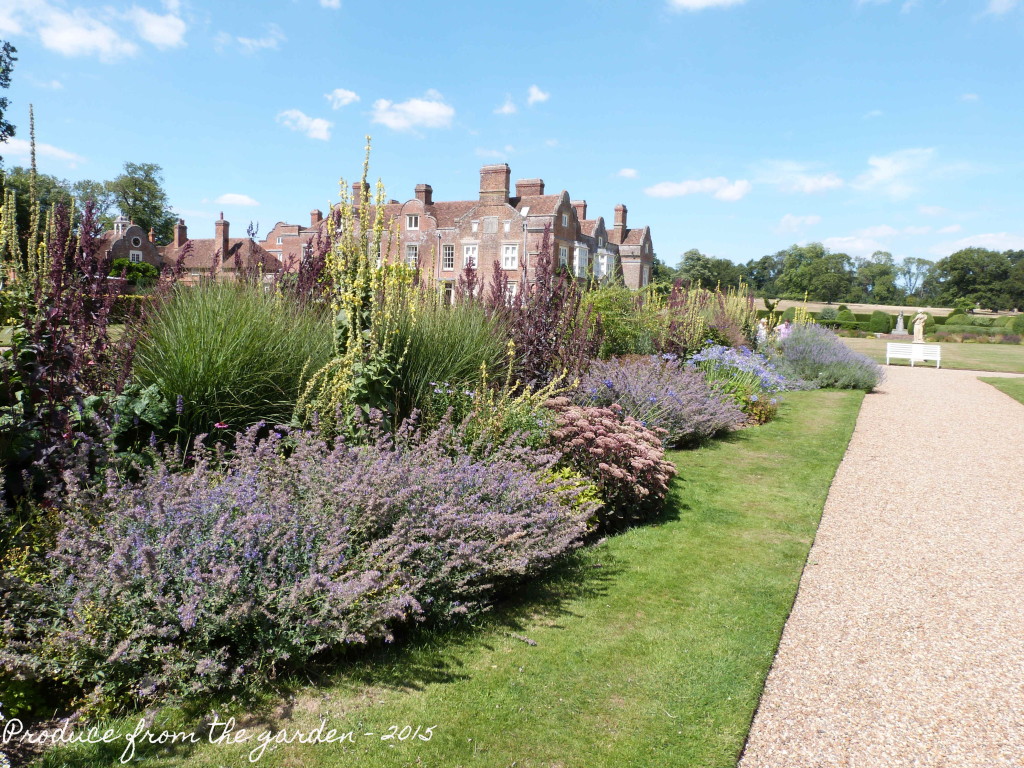 The highlight at the end of our visit was an enormous productive walled garden, split into quadrants, intersected by wide gravel paths with a raised circular lily pool in the centre. The well tended cut flower and vegetable planting is all mixed up giving a spectacular display. I particularly liked the concept of Cannas and cabbages (well sprouts but near enough). A large glasshouse backs onto a south facing wall containing a variety of pelargoniums, specimens from warmer climes and delicious mouth watering peaches thriving against the brick wall. There is a second glasshouse which is slightly sunken, filled with alpine treasures. This splendid construction is my dream kitchen garden greenhouse, I’d cultivate two thirds of it and arrange a couple of old rattan chairs in the final third, somewhere to sip a gin and tonic after an evenings watering. This Sunday outing was a real treat, I can heartily recommend it to those visiting or living in Kent. 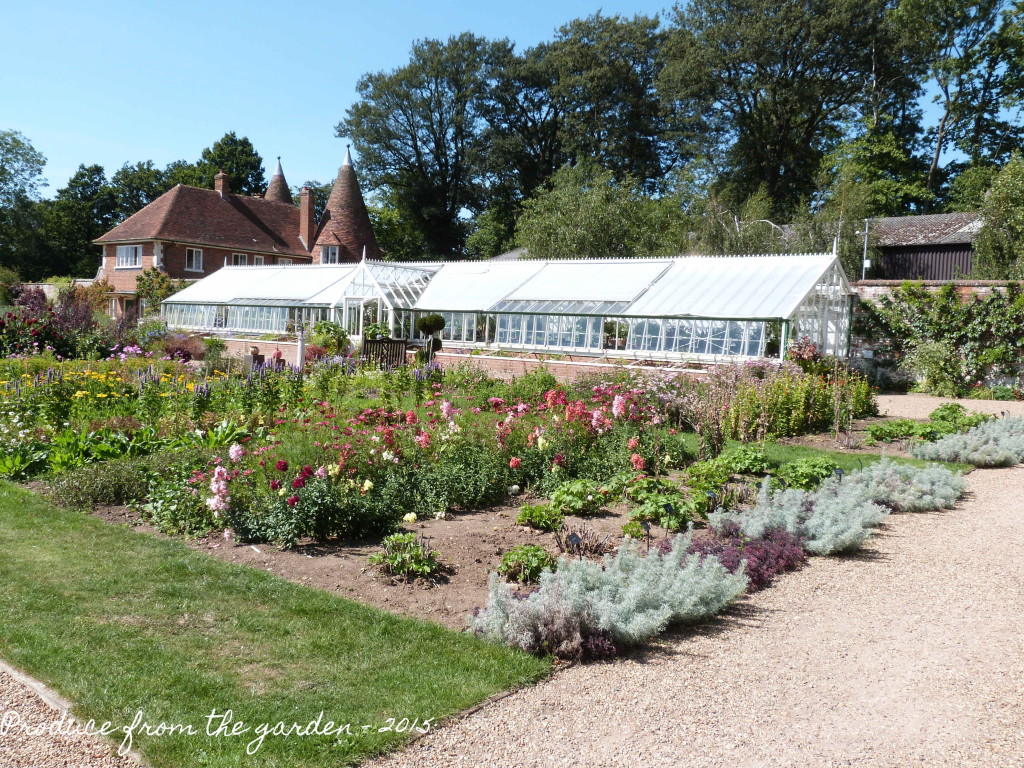 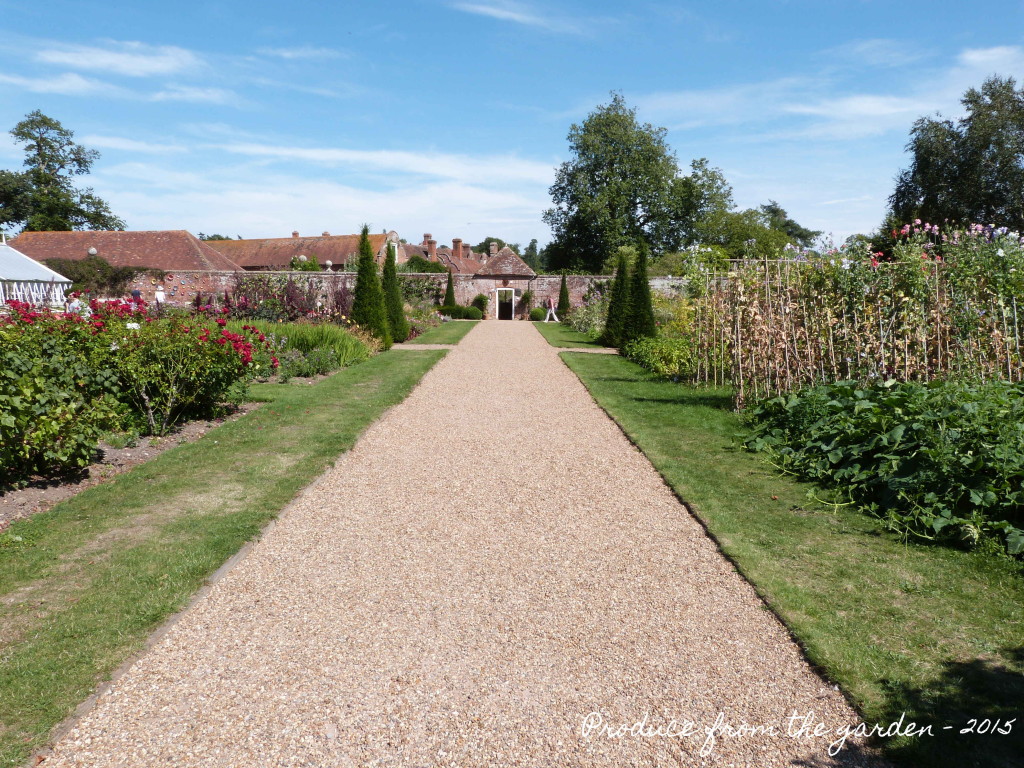 A view of the entrance into the walled garden 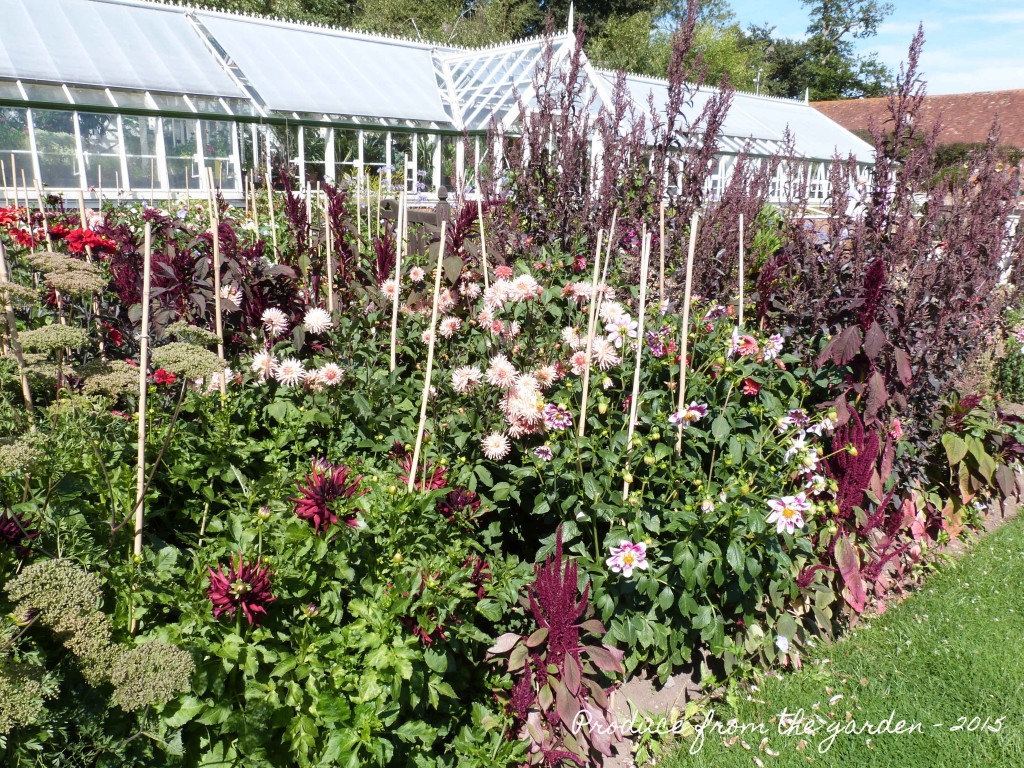 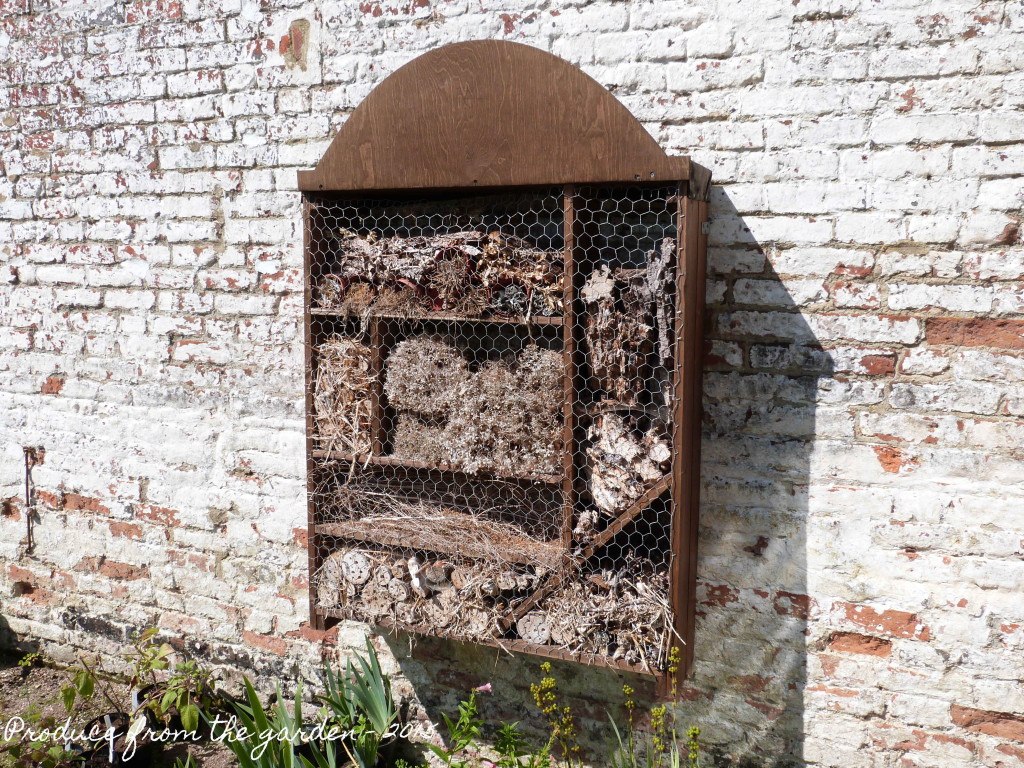 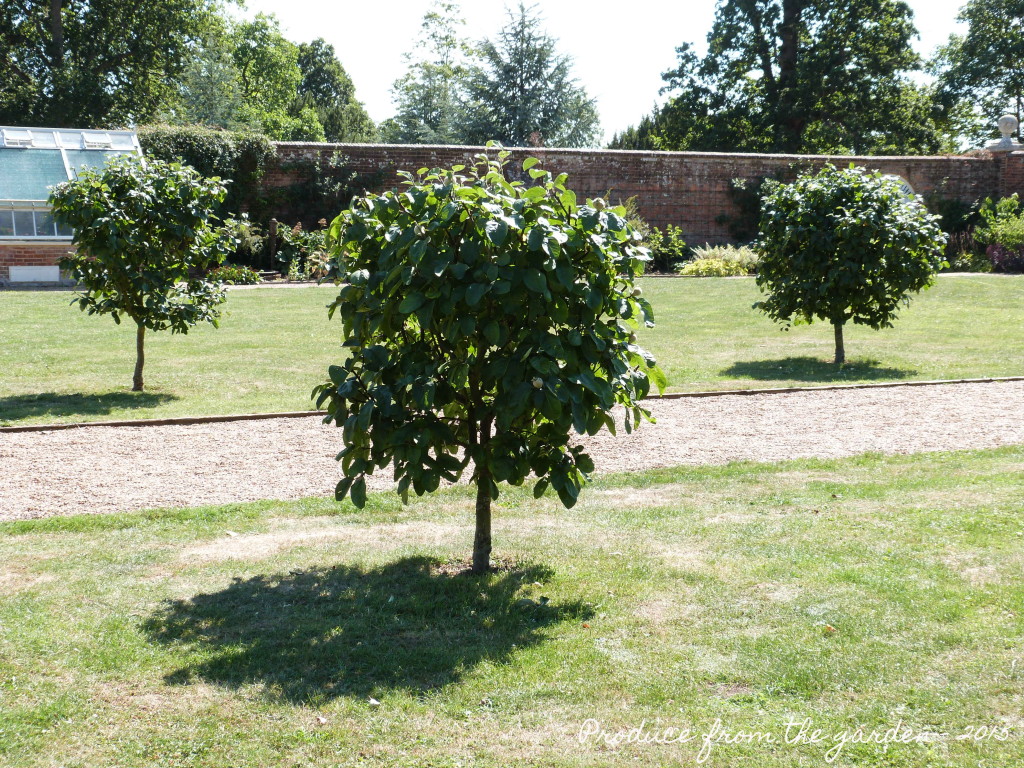 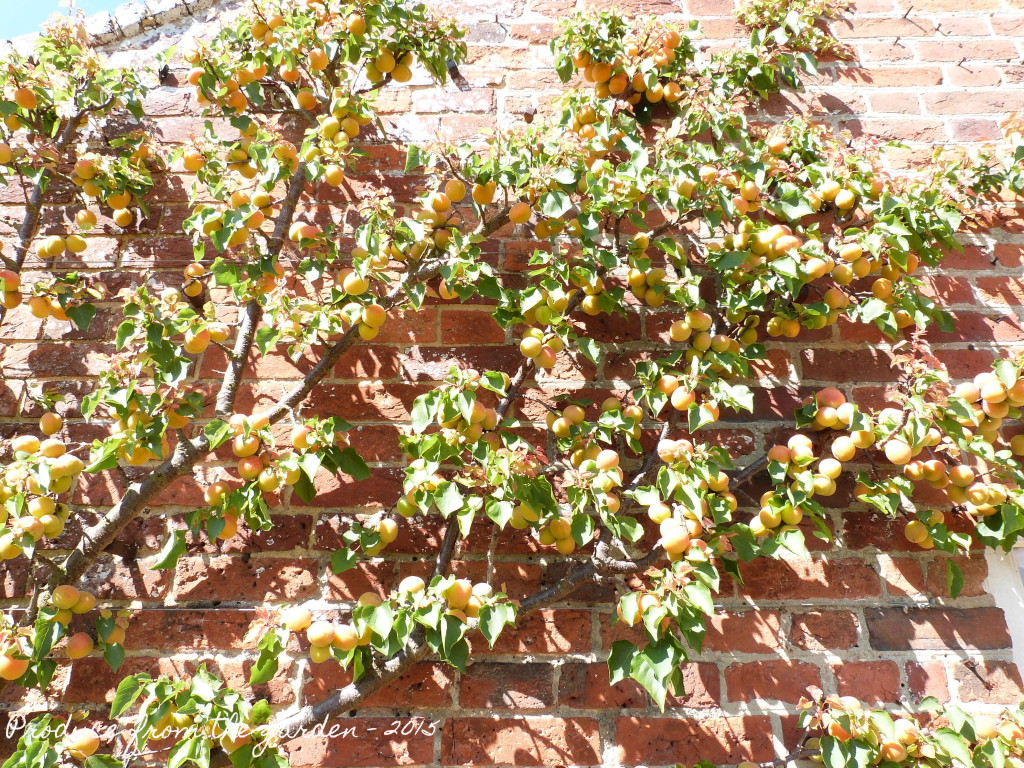 Apricots on a south facing wall 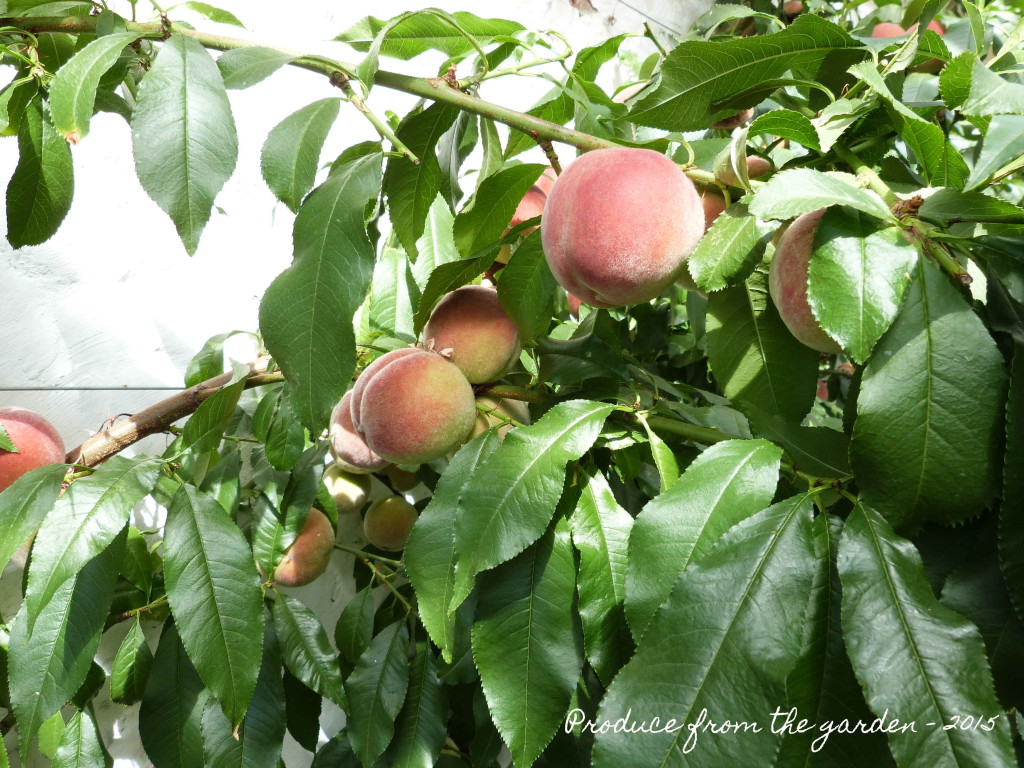 Peaches in the glasshouse 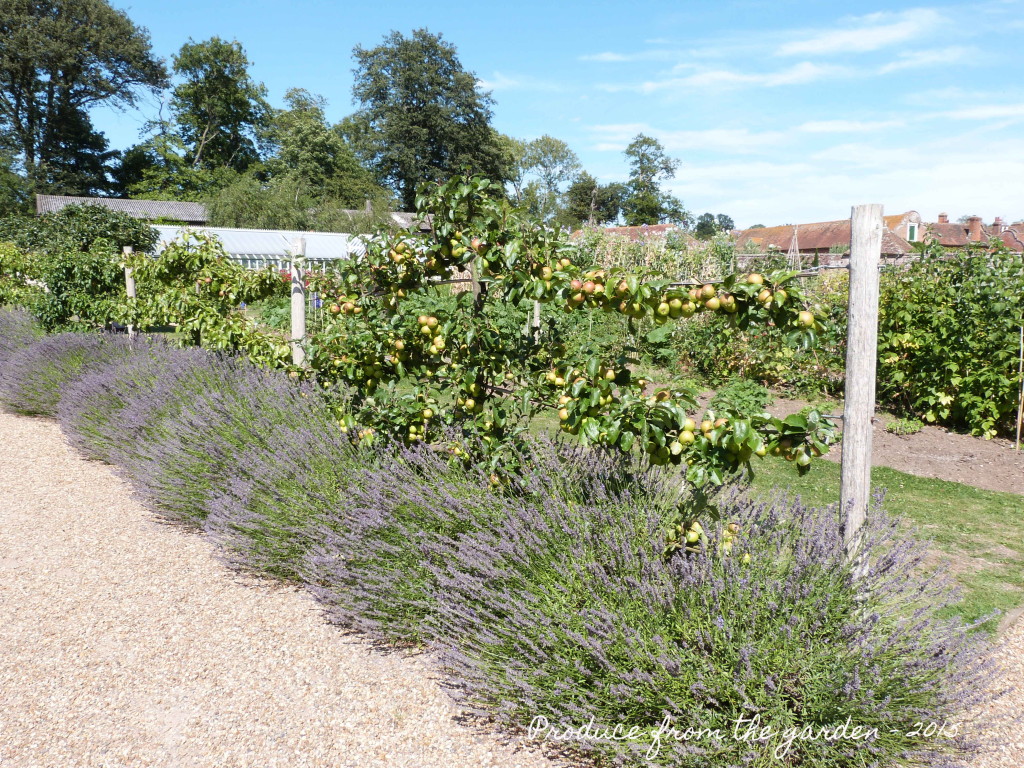 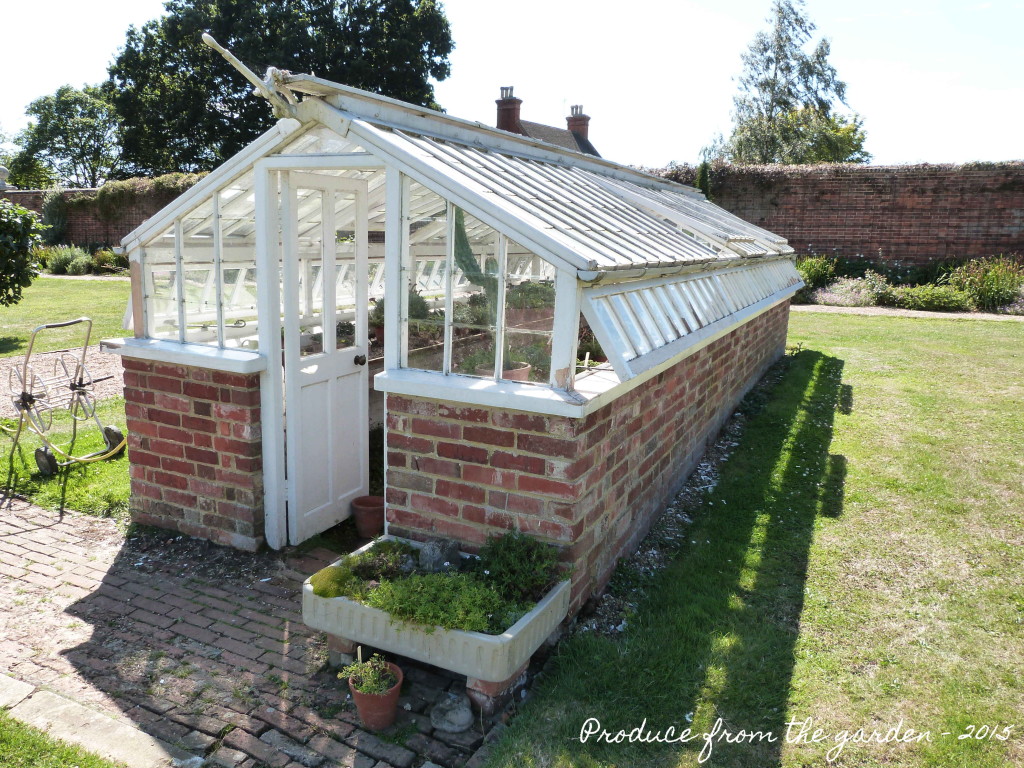