Sadly our beloved dog Rolo died last month, this and the demands of the garden in April has meant I’ve not been out walking. So a walk this morning with a friend and her gorgeous retriever was a wonderful treat. Below is a flavour of our lovely morning stroll along a river and through woods and meadows. 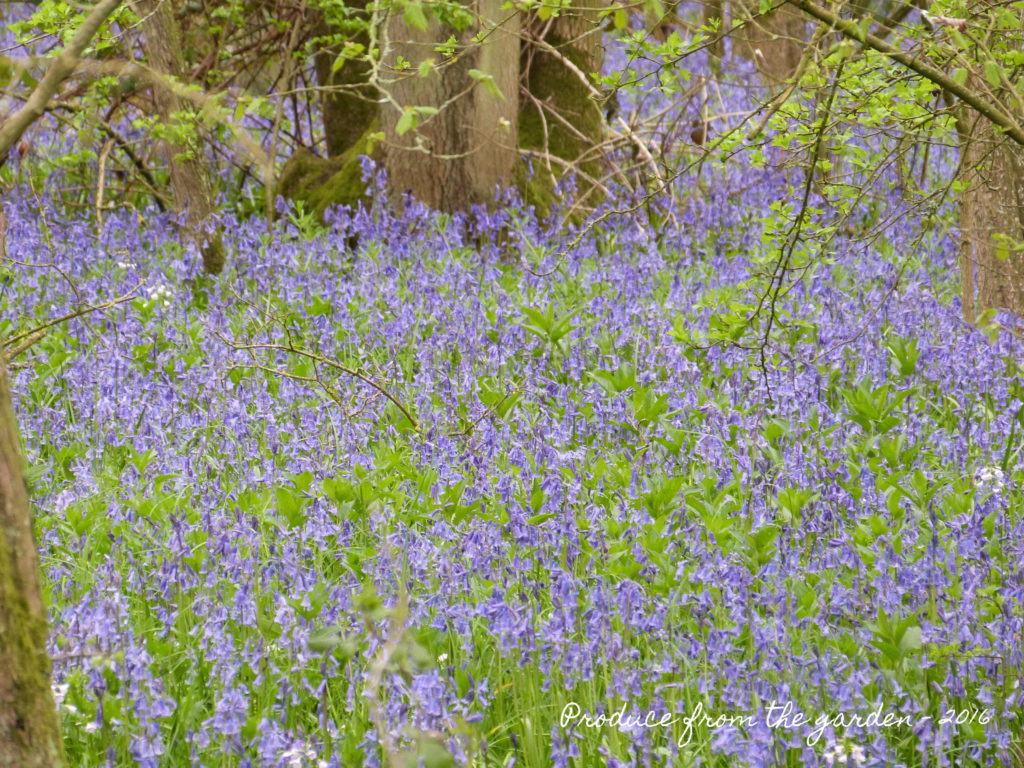 I might be biased but, Kent has the most beautiful bluebell woods in the world. The intense blue that radiates from the woodland floor stops me in my tracks. Sadly I’ve been unable to represent the intensity of colour in my pictures. 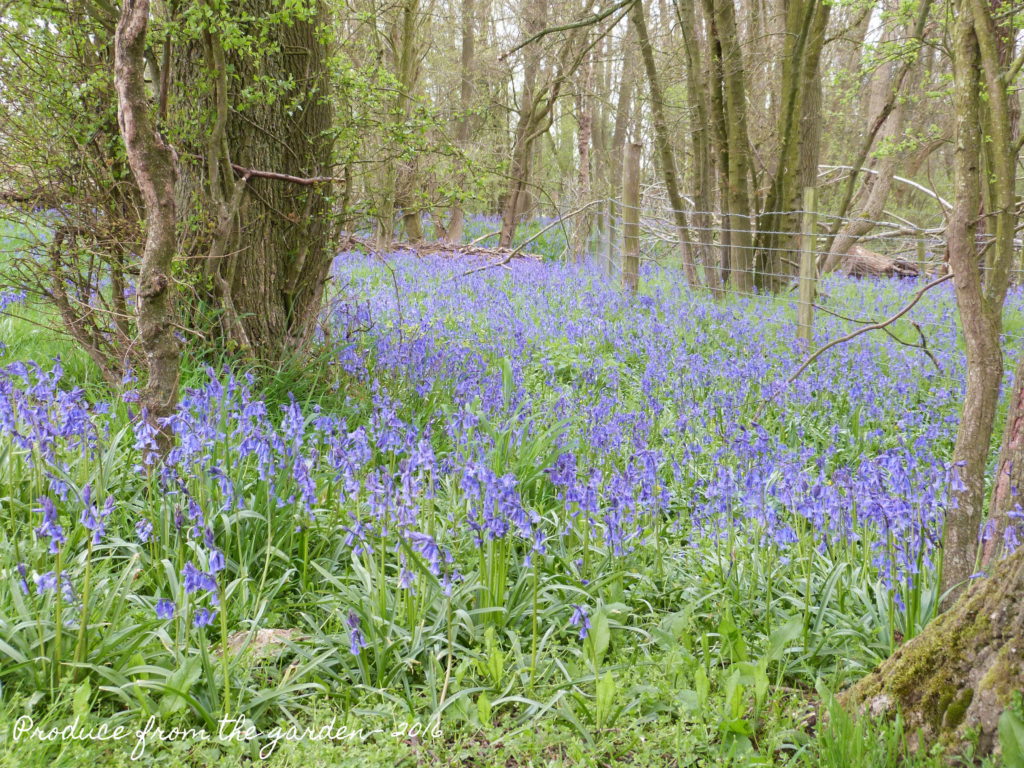 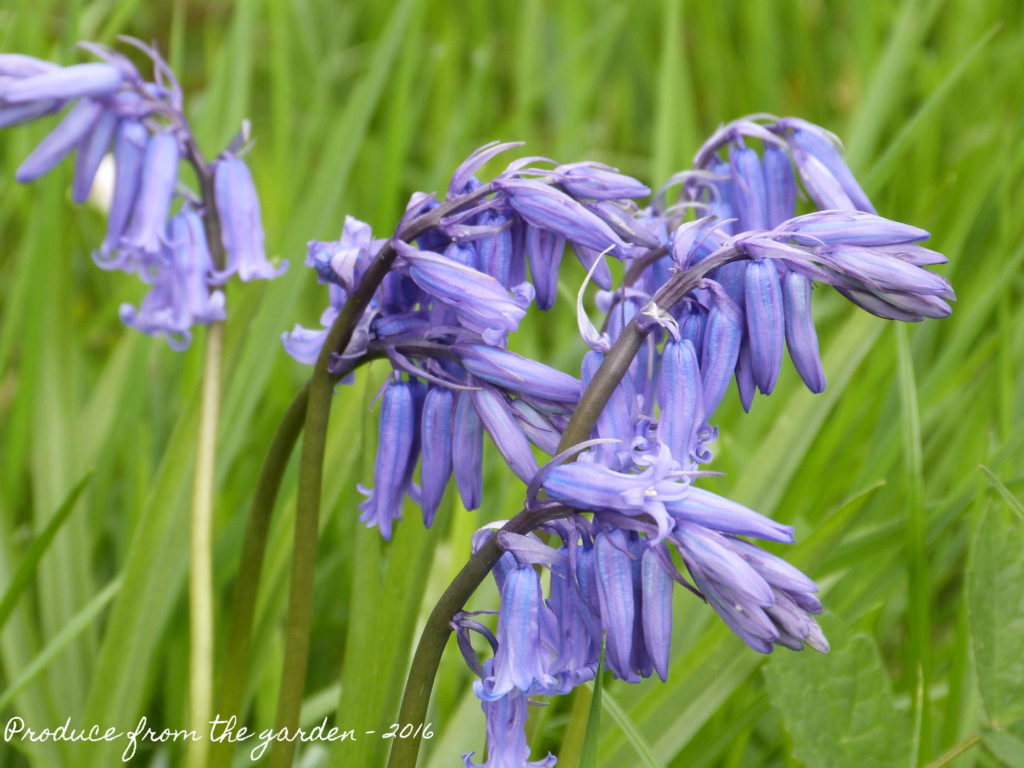 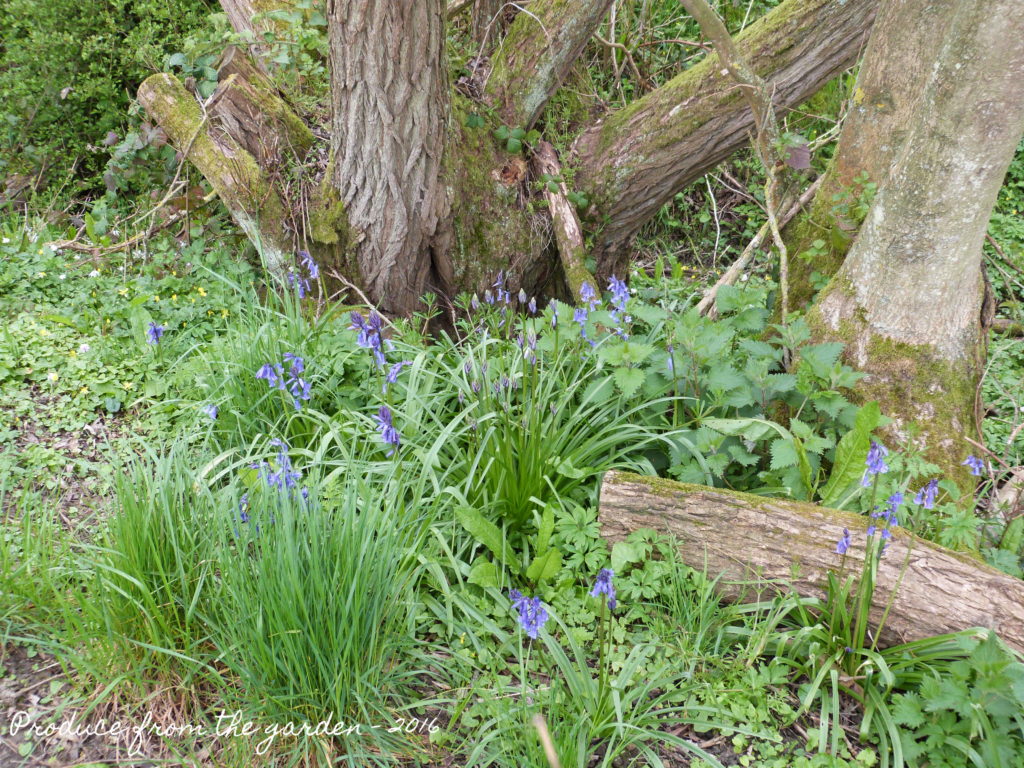 Bluebells on the edge of woodland 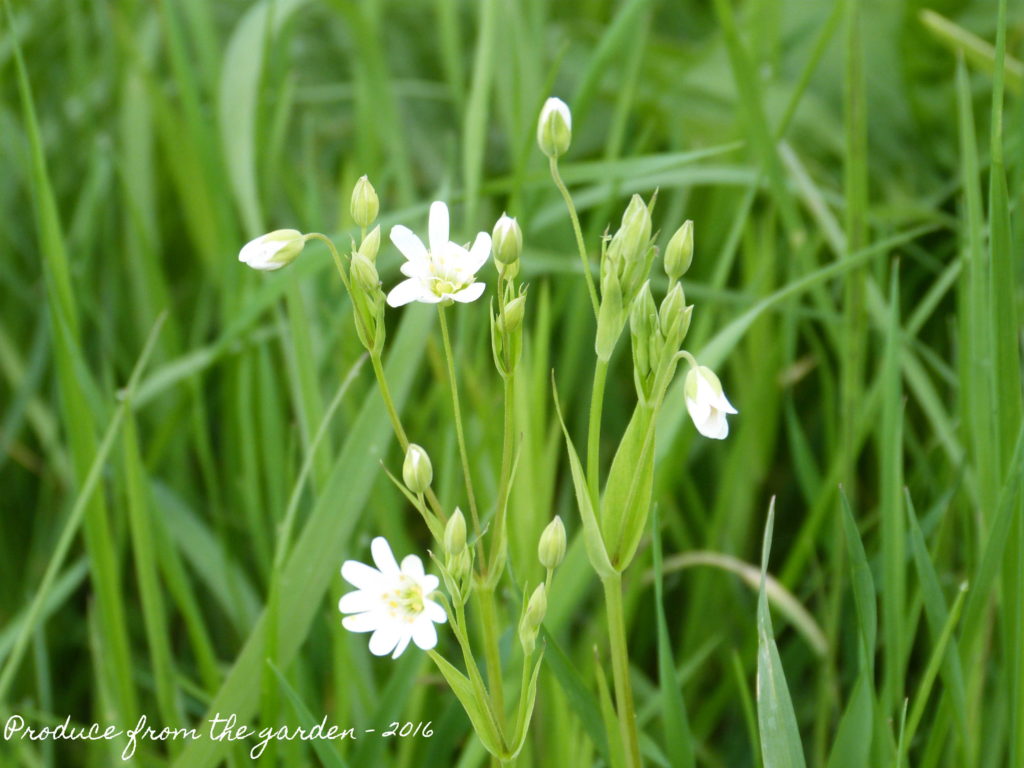 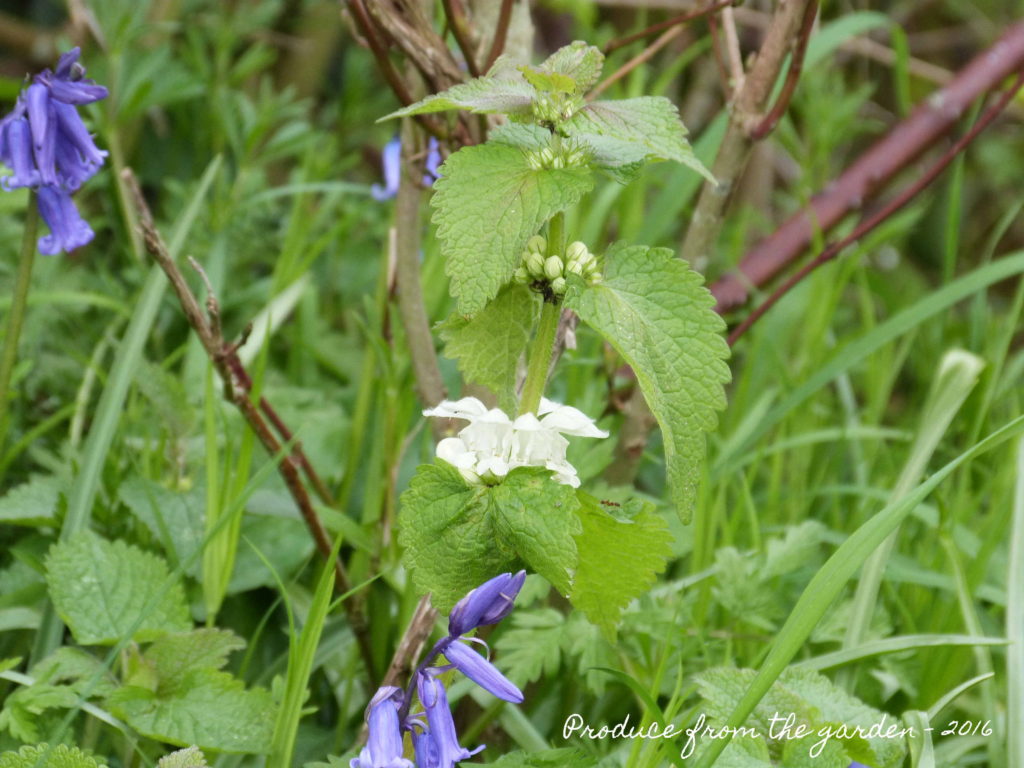 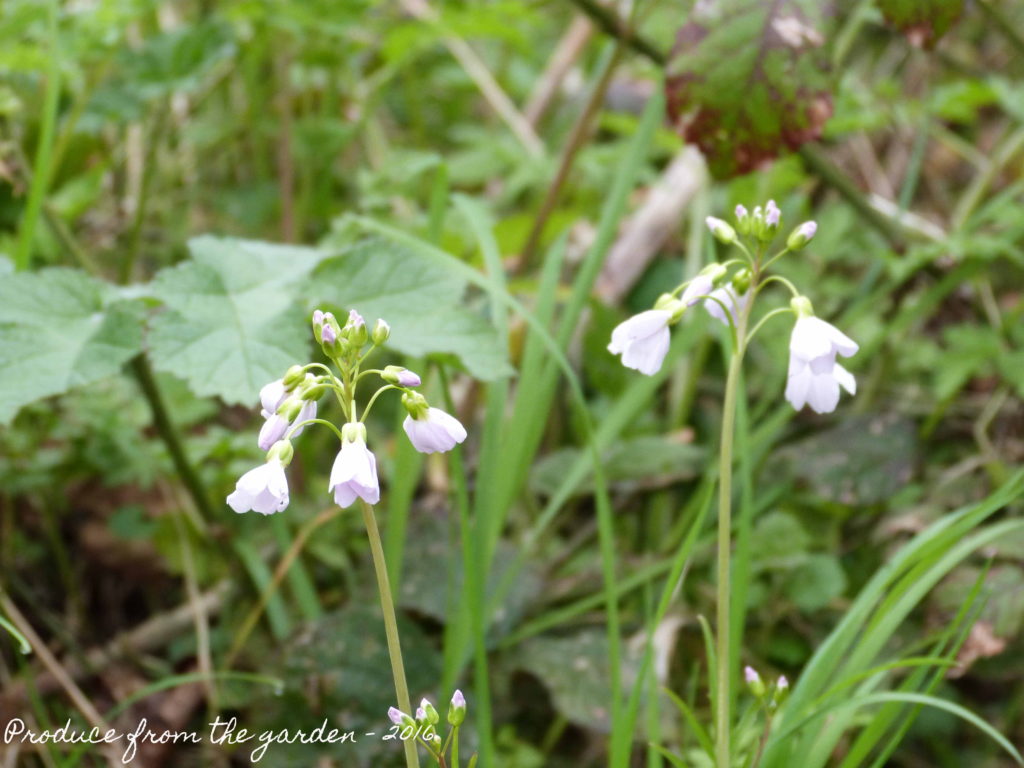 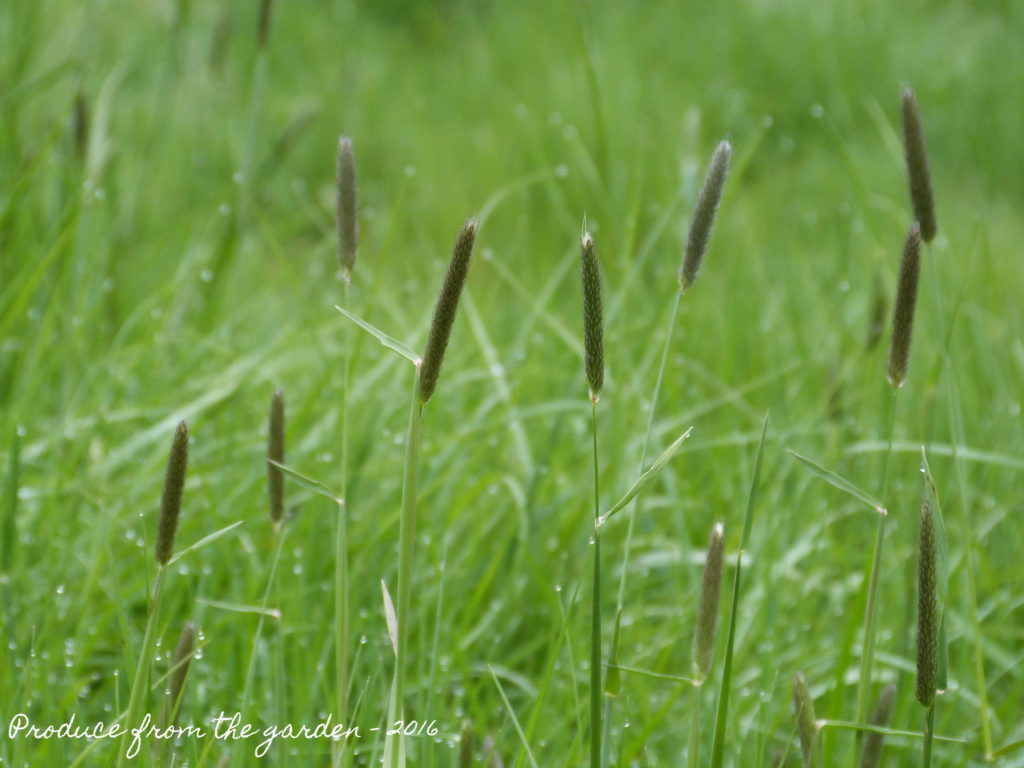 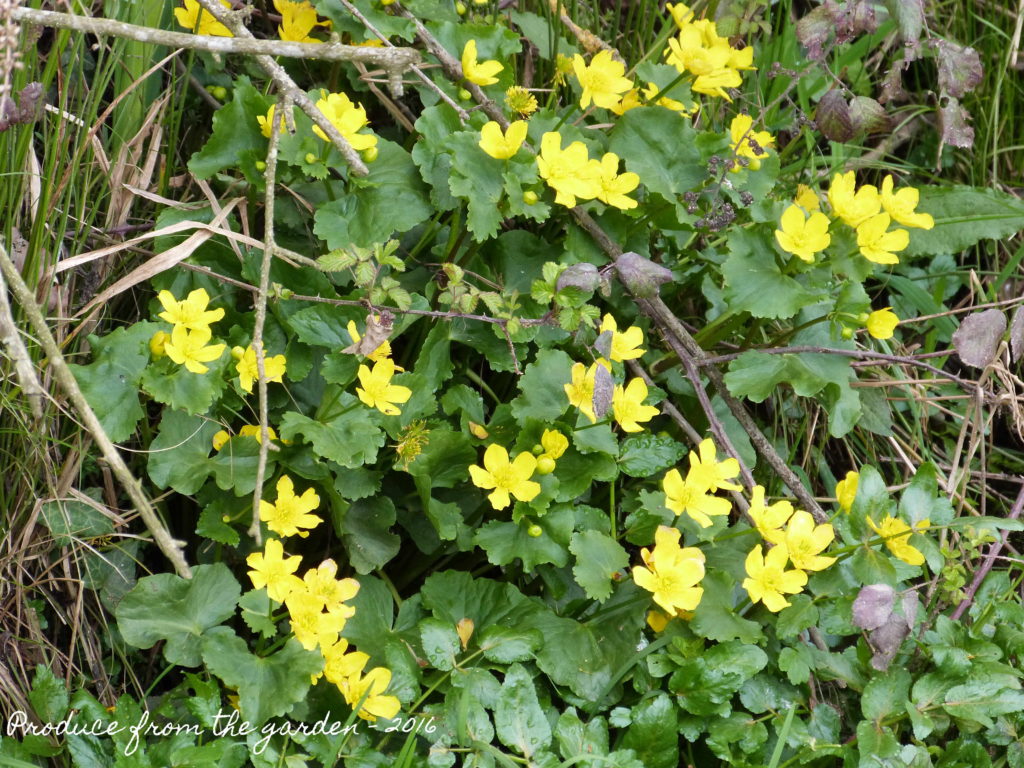 For me April is one of the busiest months of the year in the garden, hence my blog entries have suffered! Gardening on clay means that you can only work with the soil and landscape the garden a couple of months of the year, as in winter it’s too wet and the soil structure can be easily damaged, in Summer it’s dry and hard as a brick! So I’ve been busy landscaping.

At Easter we had a digger clear and dig over large areas of abandoned borders, after a lot of raking and treading down I have finally grass seeded the areas to become lawn. No doubt in years to come when my children are older I’ll convert them back to ornamental borders! During this gruelling endurance exercise I have learnt a valuable lesson, to use a tarmac rake. My digger driver suggested I invest in this tool. It weighs a tonne which did initially put me off, however, if you just gently pull it towards you on uneven ground allowing the weight of the rake head to do the work it’s very efficient.  After a while you achieve a smoother tilth and the rake can be pushed and pulled to create an even surface. A month later and the grass seed (and weeds, to match the rest of the lawn) is beginning to germinate, with hope we’ll have a carpet of grass by June. 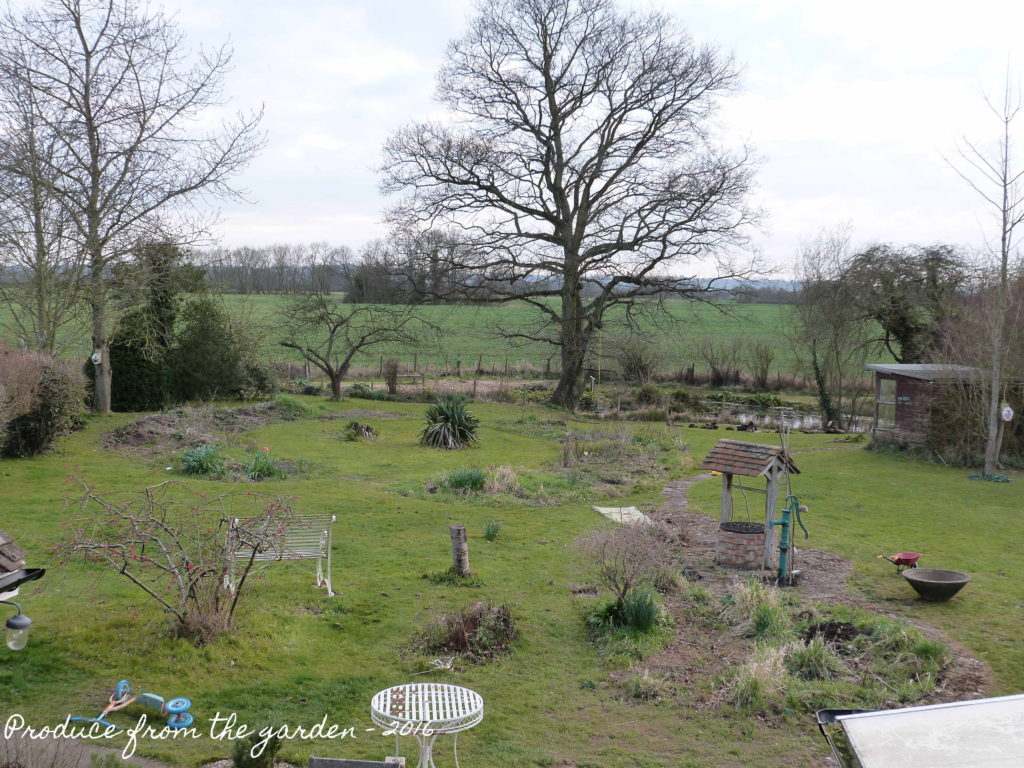 The before shot – not a pretty sight! 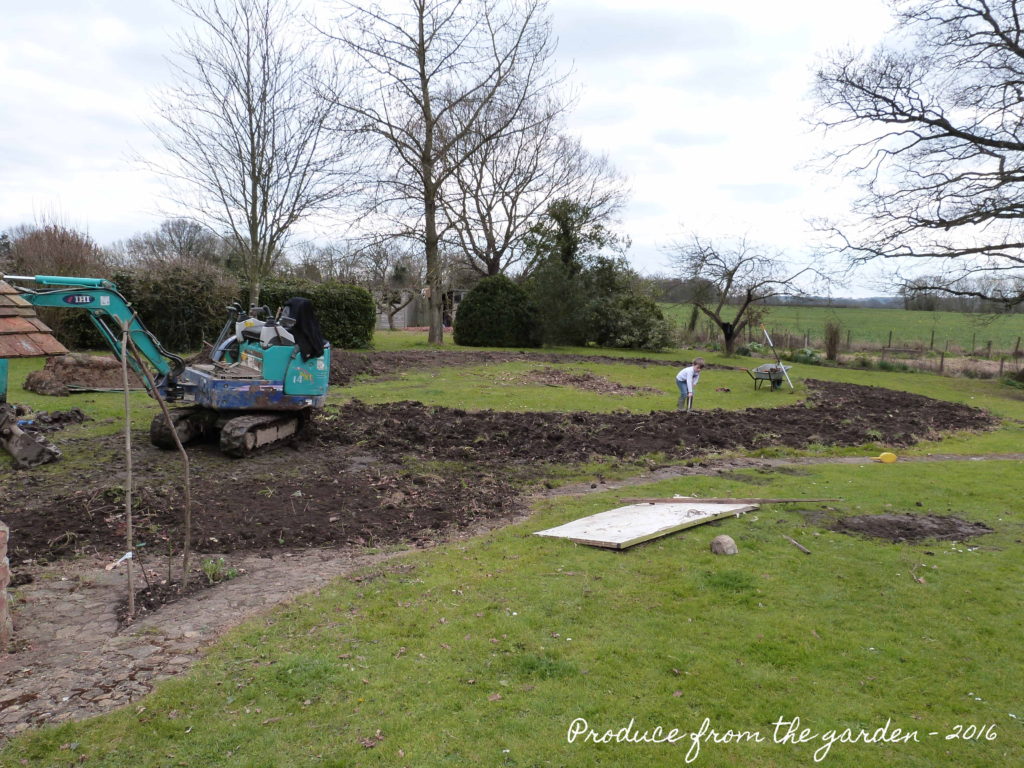 The digger’s! My youngest 4 year old son doing his best to help. 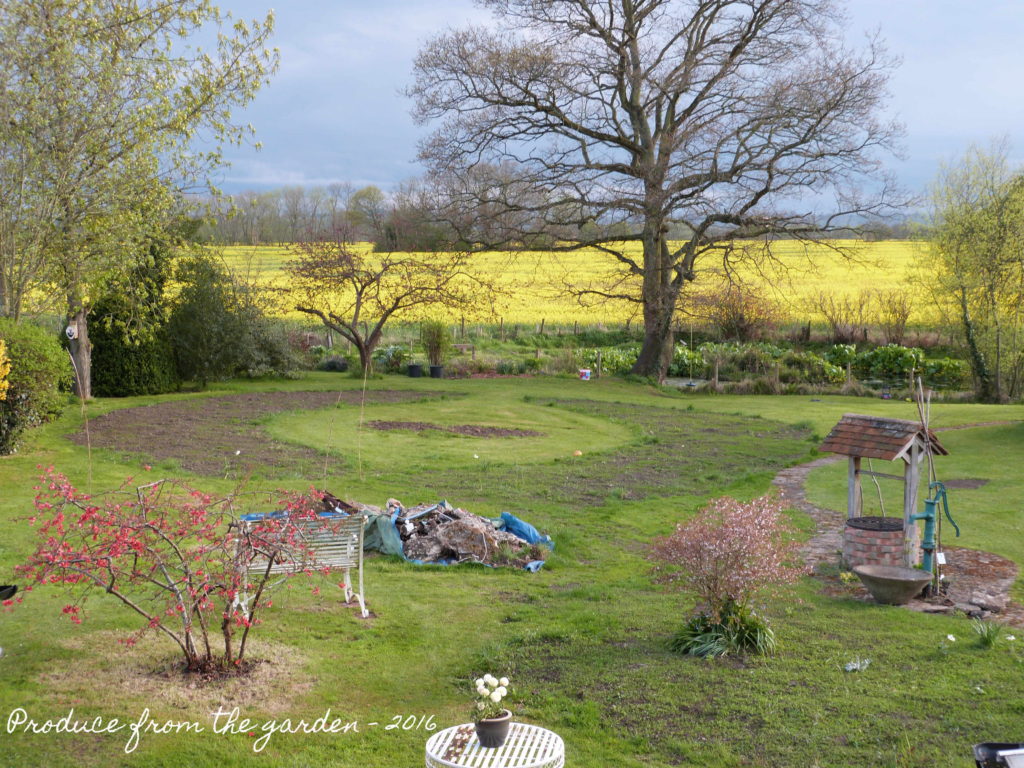 The after shot – the husbands job is to remove the pile of hardcore before summer, when we’ll no doubt need to grass seed the patch where it stood!

My other time consuming April task has been seed propagation. My conservatory (potting shed) is heaving at the seams with germinating seeds and seedlings. Potting on always takes more time than expected, so this combined with last minute weeding and mulching on areas I didn’t get round to earlier in the year, has kept me very busy. 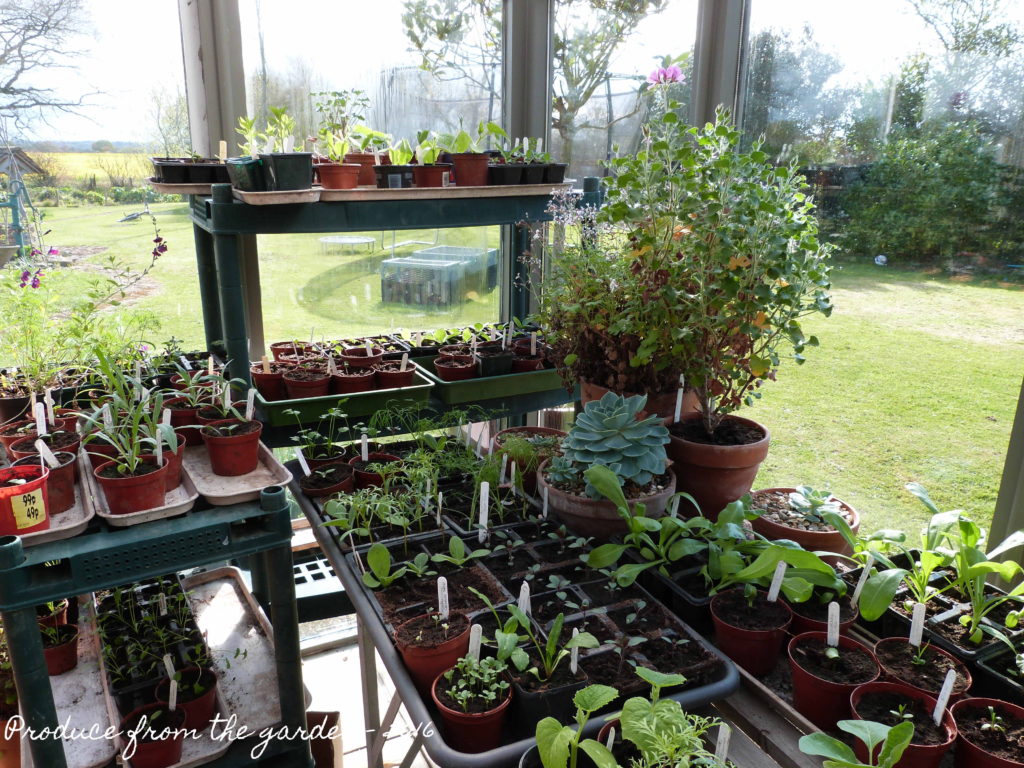 I am thrilled to announce that Elizabeth (Mrs Duck) has twelve incredibly cute ducklings. I’d not seen her for a while and spotted her on our pond this morning with her new brood. All my gardening jobs have gone out the window and I’m now in the process of blocking up all the fox runs with hope that Mr Fox doesn’t discover the new family. 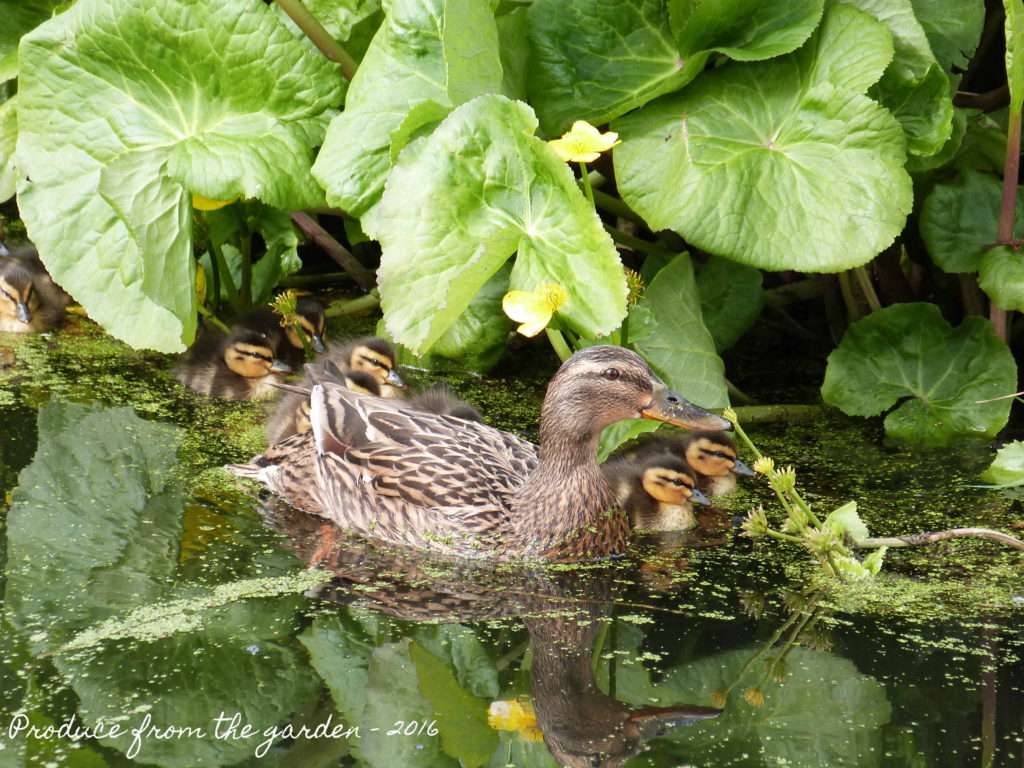 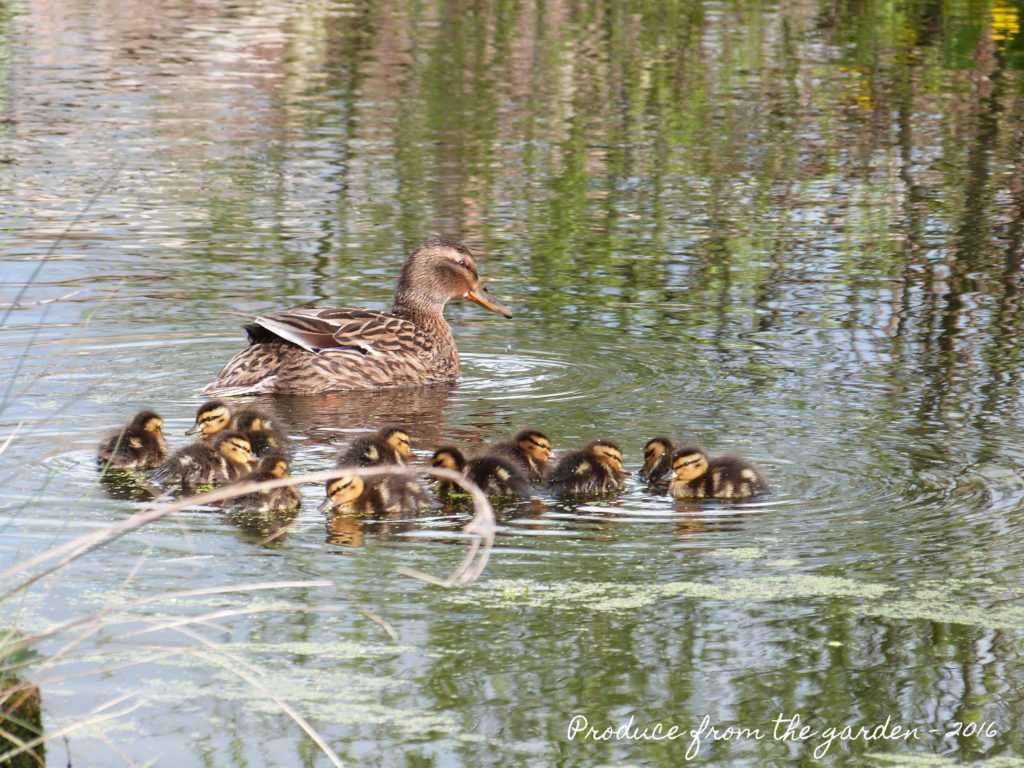 Out for a swim with her twelve babies (one is hiding)

A bunch of Spring flowers in a jam jar for a lovely friends birthday. 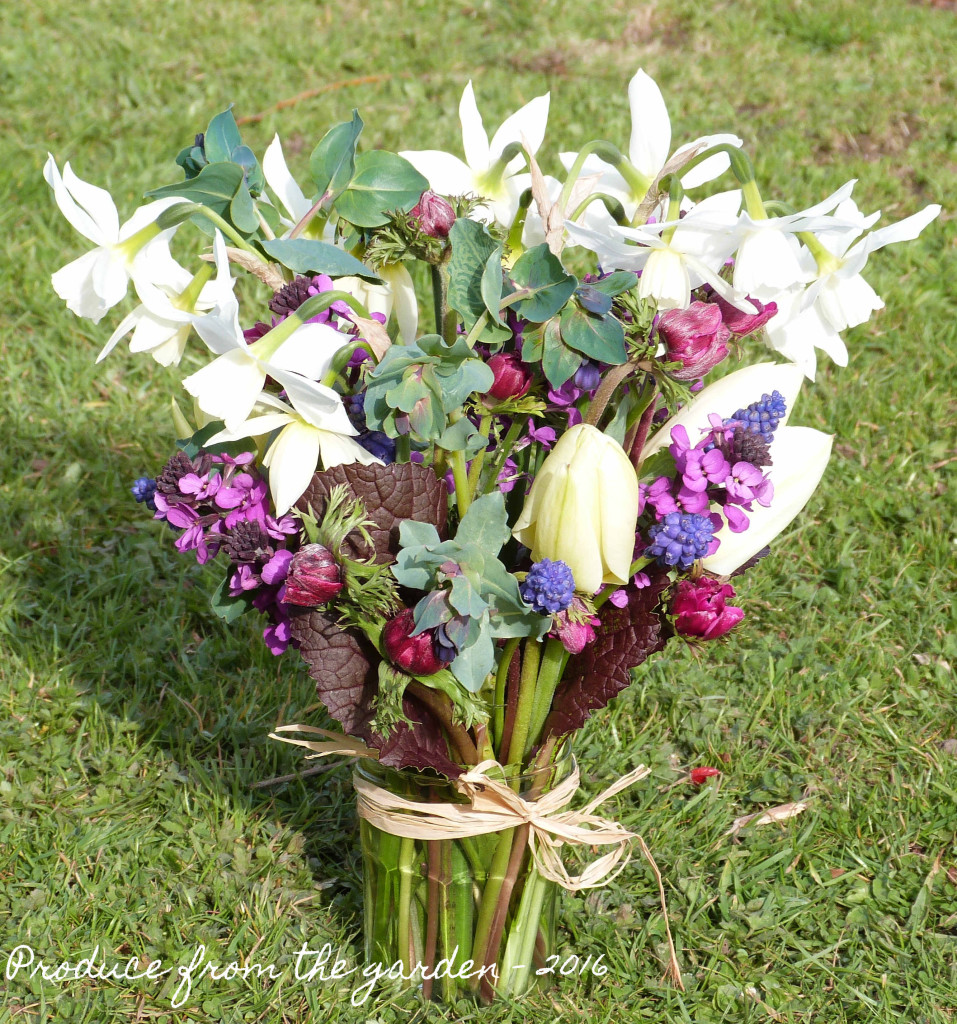 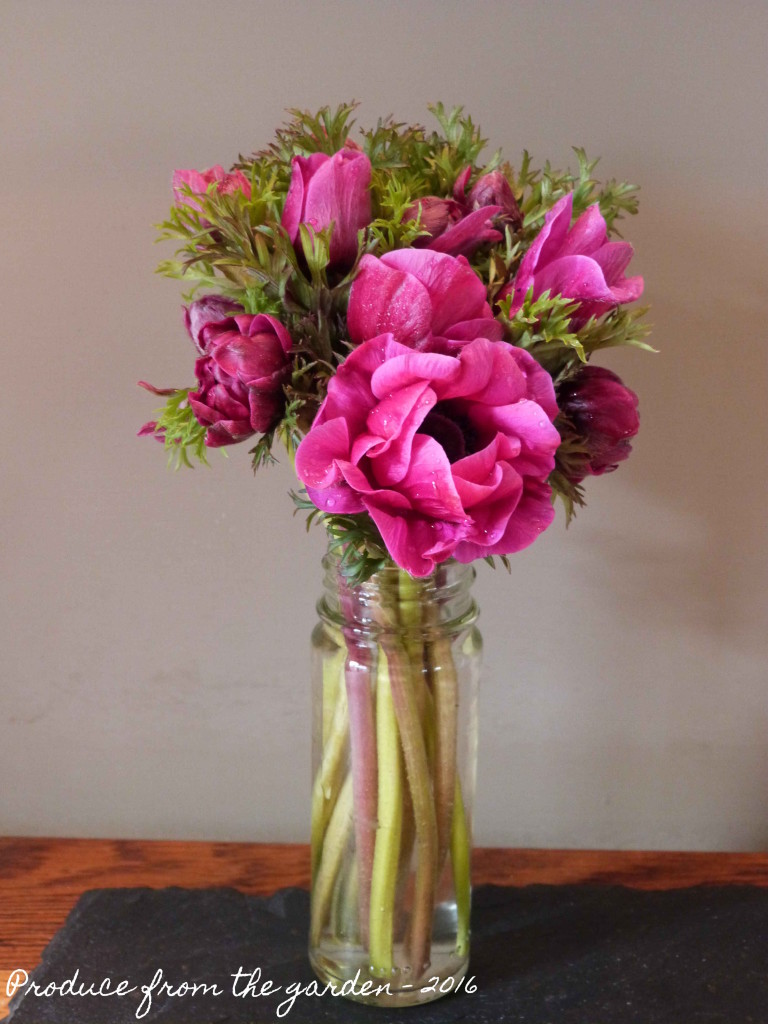 The penultimate butternut squash has become a delicious soup for lunch. I adapted an easy to make Jamie Oliver recipe. 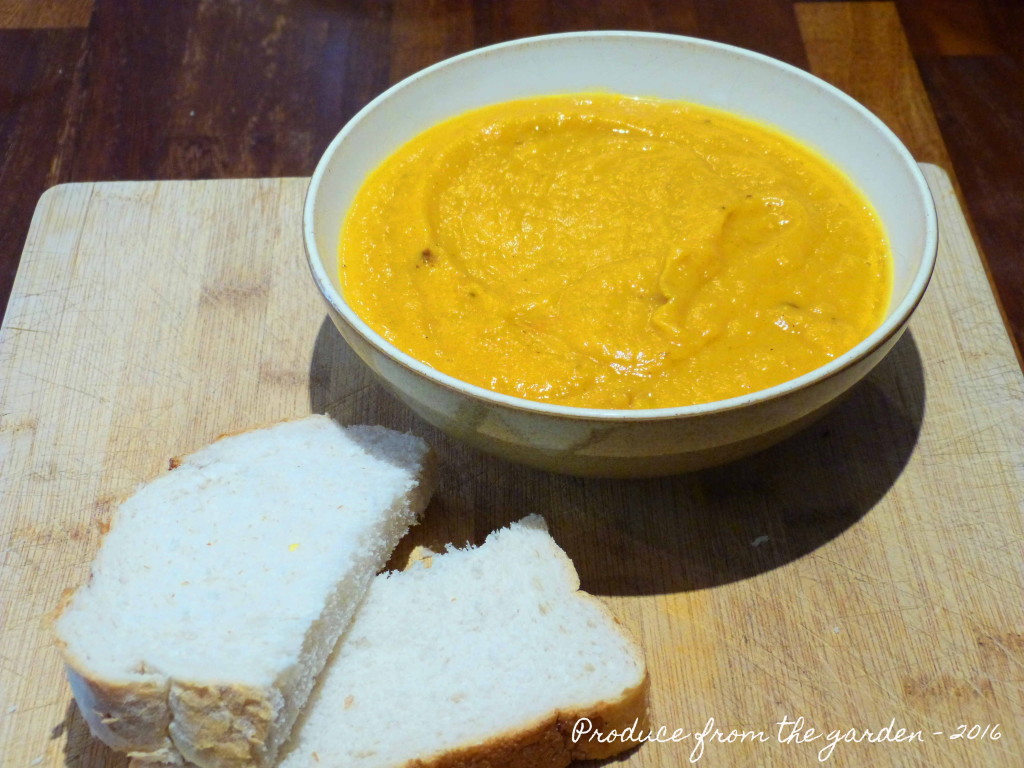 Chop up vegetables and herbs. Heat some olive oil in a large pan. Add everything apart from the butternut squash and seasoning. Cook in the oil for ten minutes. Add the butternut squash and stock. Simmer until all vegetables are tender, then liquidise. I use a hand held blender, but my knack is a little hap hazard as I invariable end up with splattered soup up the wall! Heat through and season to taste.

Butternut squash stores well over winter, mine have just been left on a shelf in the utility room. The big decision now is what to do with the last one. I know the husband will want a butternut squash risotto, somehow I will persuade him to make his amazing Thai butternut squash curry.

I’ve had great fun arranging flowers from my garden for a spring wedding. I’ll let the pictures tell the story. 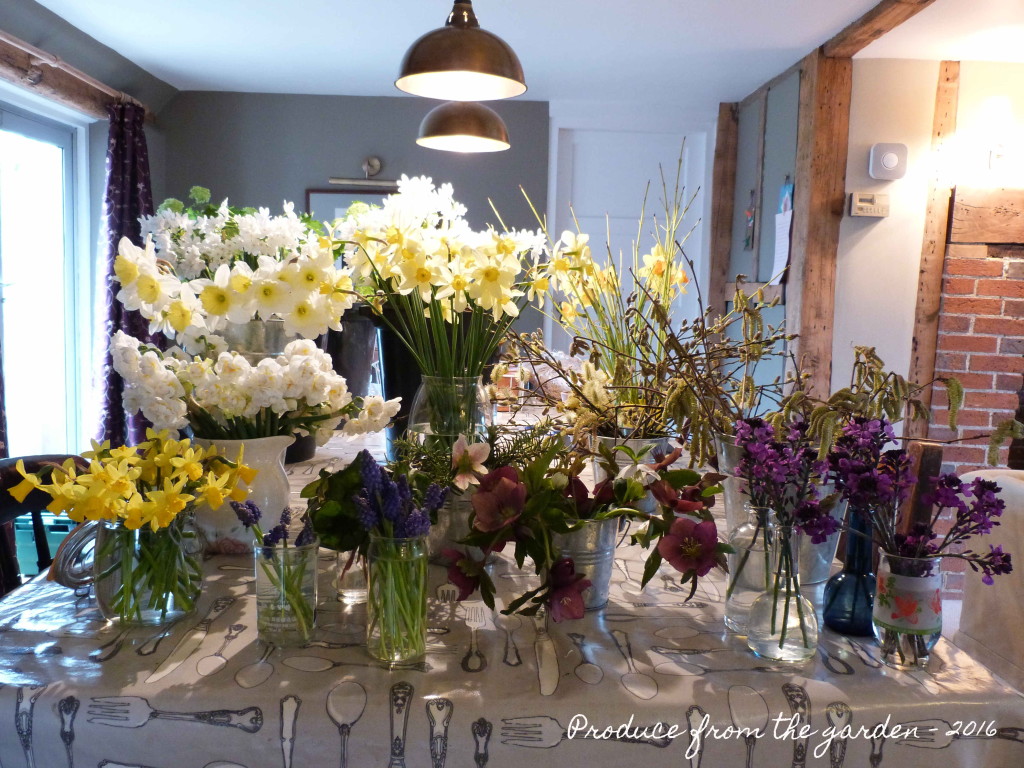 Flowers picked, conditioned and grouped on my table ready for arranging 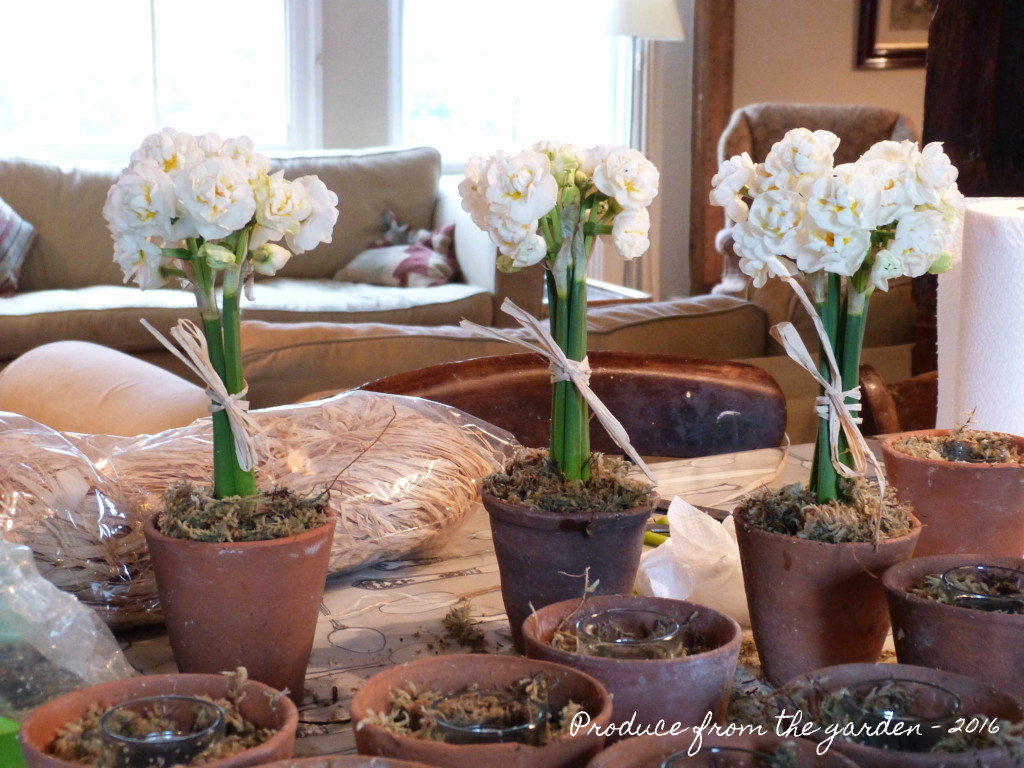 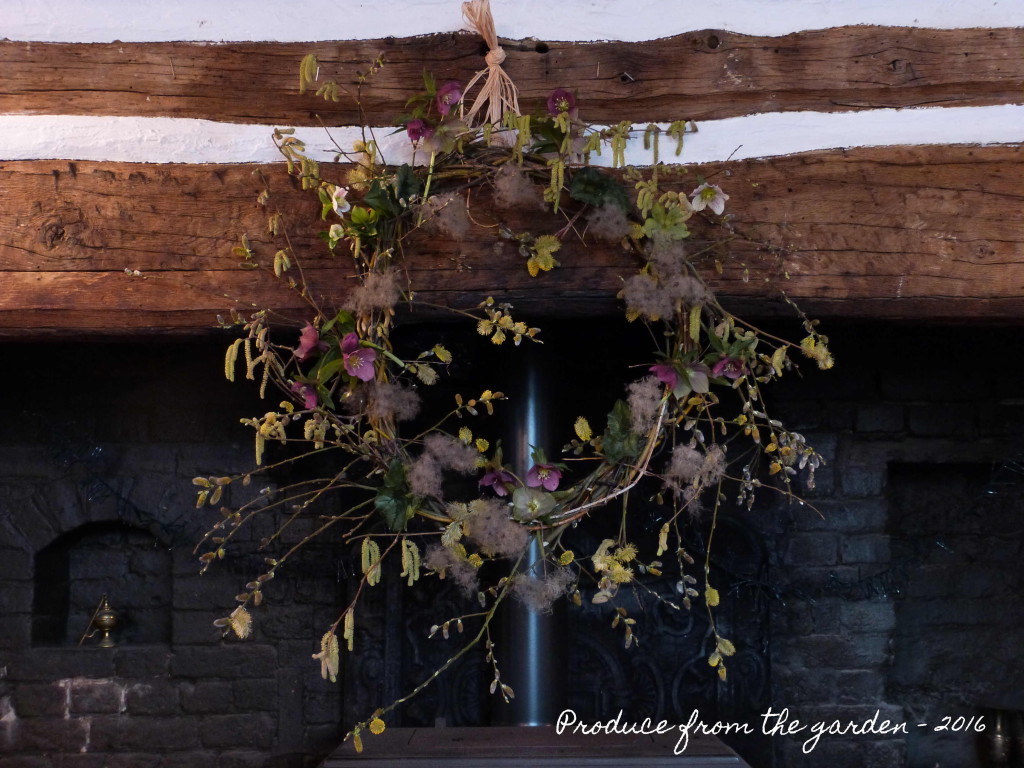 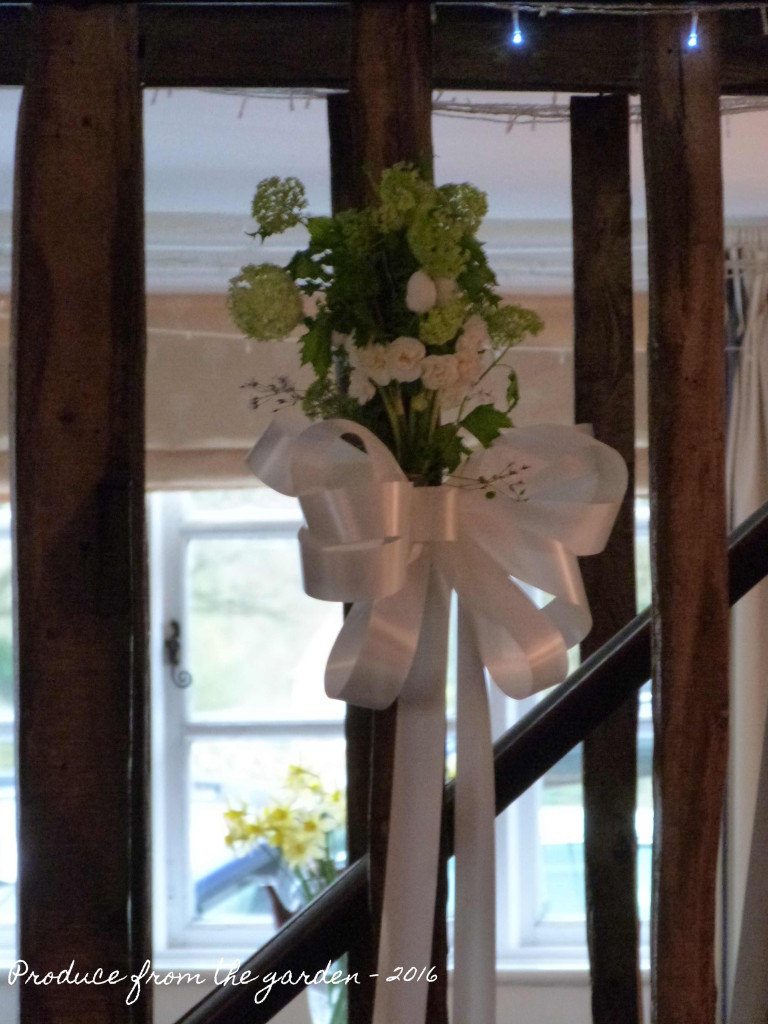 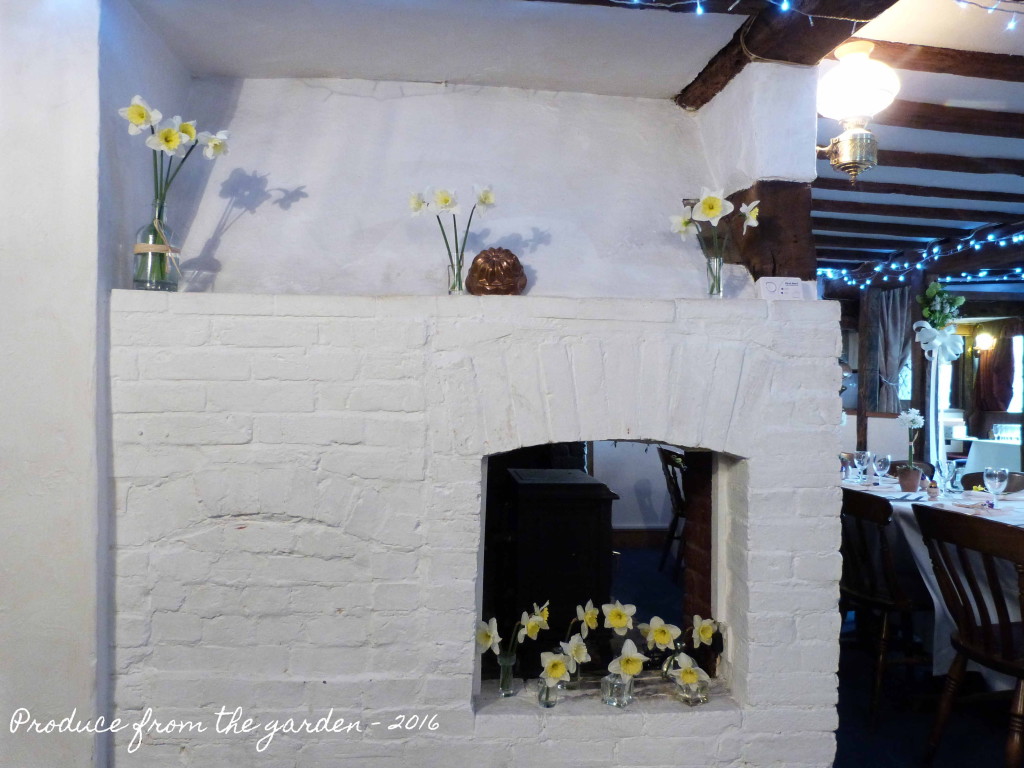 White wedding daffodils in the nooks and crannies 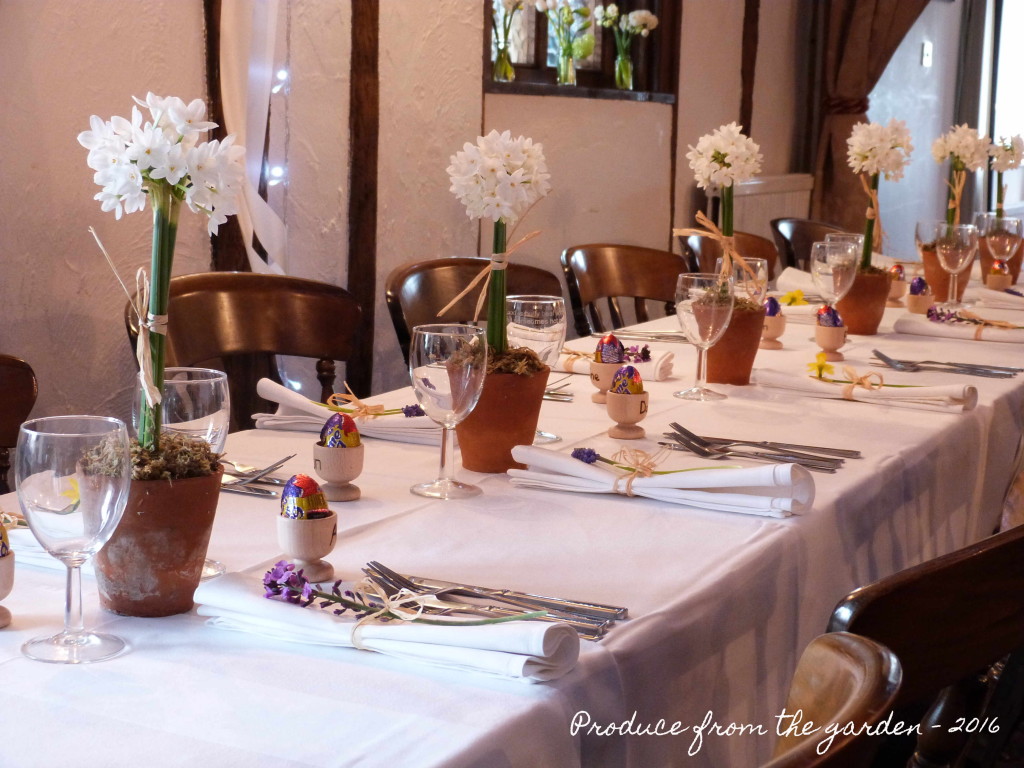 The wedding tables with Narcissus Paperwhite in pots 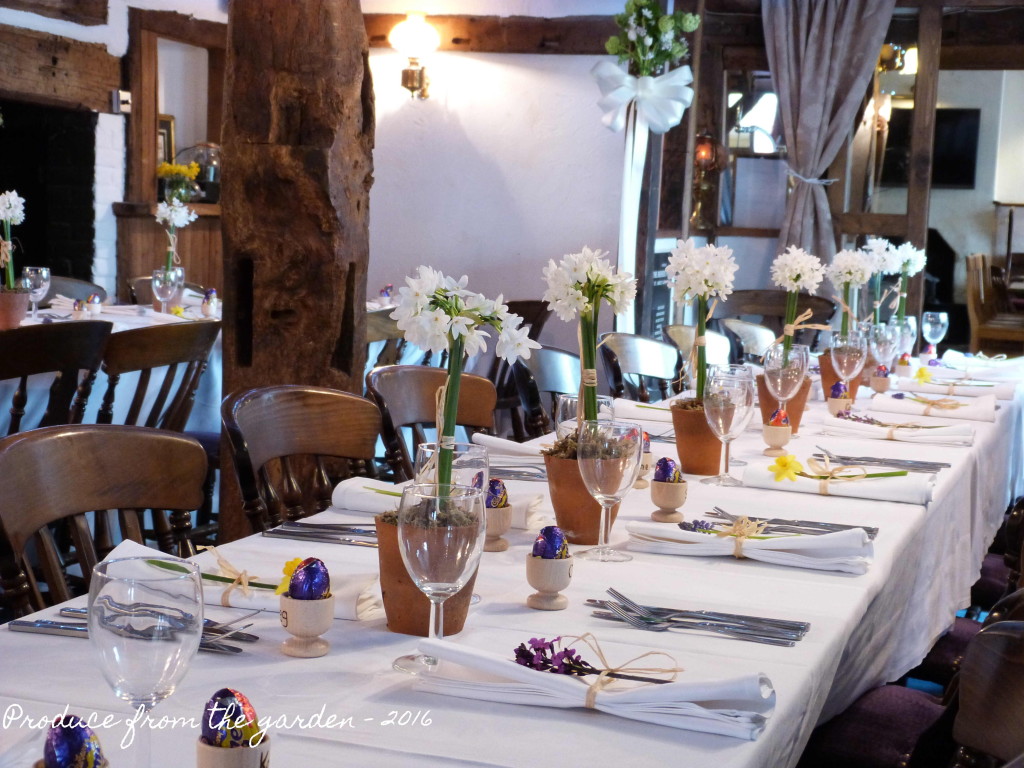 One of the reception tables 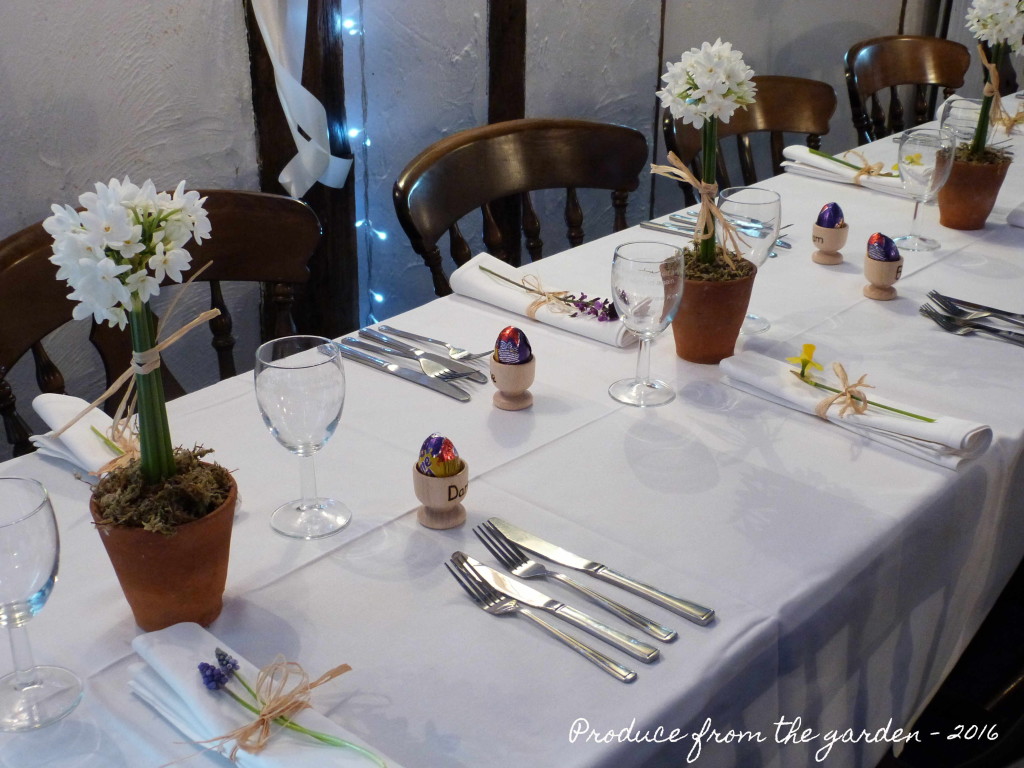