I aspire to be a fine weather gardener. Today was more like an endurance challenge, wind lashing up the garden from the fields beyond, and heavy rain showers soaking me! I’m trying to finish off a new raised bed for the rapidly flourishing legume jungle of climbing peas and beans in my conservatory. Their tendrils have wrapped themselves round each other and anything else they can anchor to. I’ve been hanging back from planting them out for fear of frost and I’d not yet built the raised bed they are to move to! So I’ve had to get on and finish their bed and pop in some bean poles ready for planting.

I really enjoy building the bean pole structures; they transform a kitchen garden giving it added height and character. I try to avoid using bamboo canes as I prefer the more rustic look of coppiced hazel or chestnut, their irregular shape adds an extra dimension to the garden. I’ve used the coppiced hazel we harvested earlier in the year, making two different shaped structures, a traditional long tent shape for the runner beans and wigwams for the mangetout, borlotti beans, climbing peas and french beans. To ensure successional cropping I will sow extra seeds directly to the new beds as well as planting up the indoor sown plants. 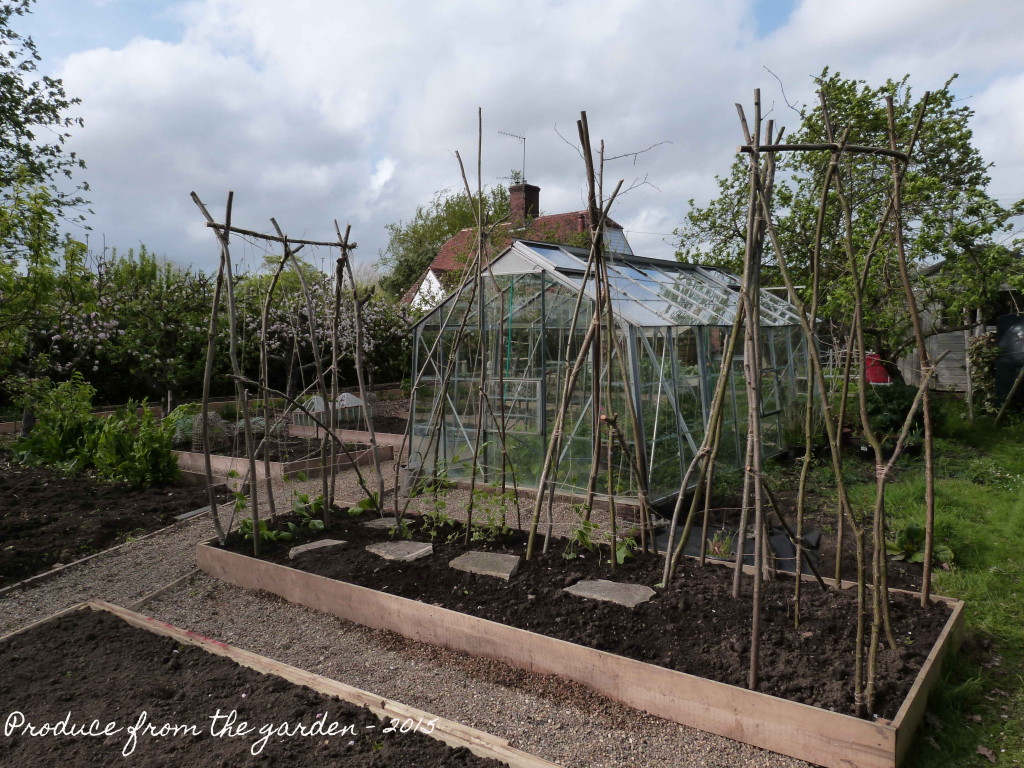 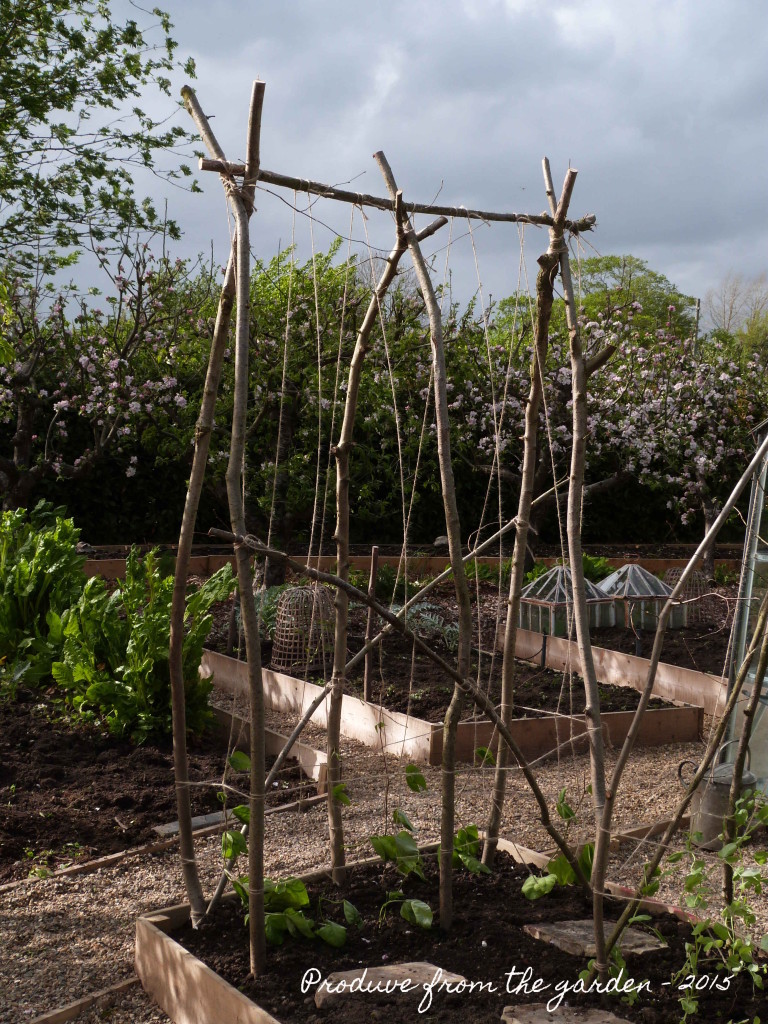 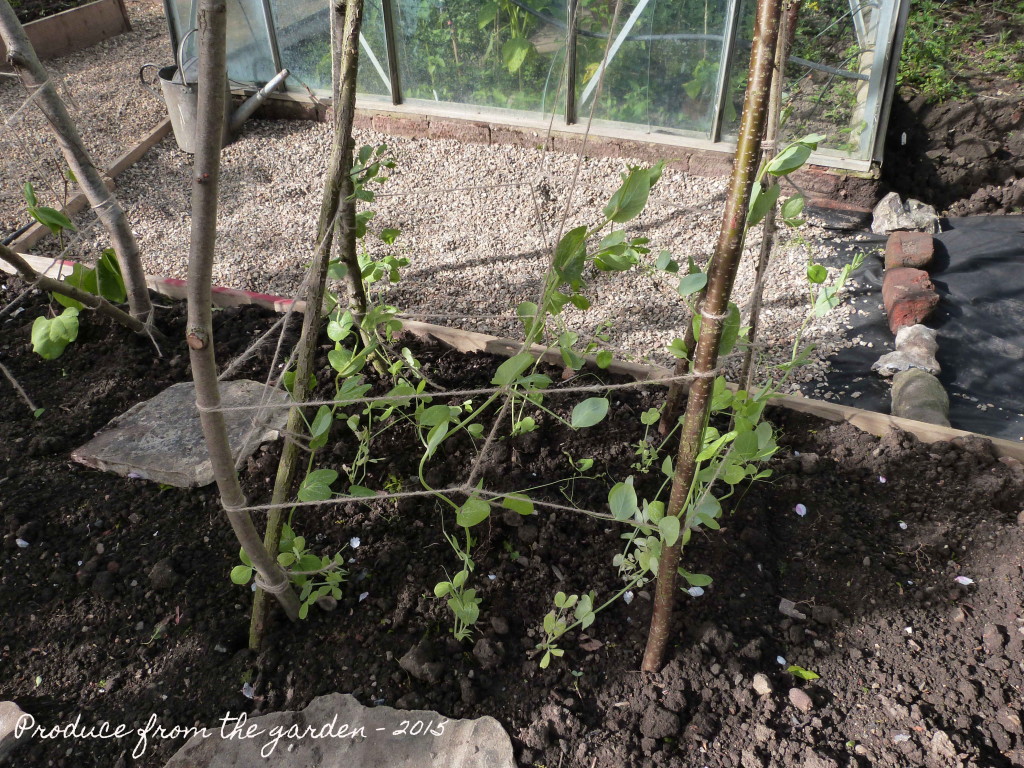 Mangetout planted out and being battered by the wind