Gardeners spend much of their time working towards their goal, a productive season where you can sit back and reap the rewards of your work. August is often the pinnacle of that season, huge gluts of produce, too much to be used at once, so shared between the kitchen, freezer and friends. It’s also the month when I throw my arms and trowel in the air and say ‘Sod the weeds’. Whilst indulging in my garden bounty, my mind is drifting off, pondering this year’s successes and disappointments, plotting and planning for next year. This year my courgettes, have not cropped as heavily as I’d expect, it’s been okay, but I’ve not heard the tell tale glut statement ’not courgettes again mum!’ I think the current watering system, which sprinkle from above has not been sufficient. Next year I am going to point the water system directly at the base of the plants, soaking their roots and hopefully this will ensure a larger crop. My bean crops (french, runner and borlotti) have been magnificent and the tomatoes and basil have thrived in the green house. I’m starting to plan which hardy annuals I’m going to sow this autumn in the cutting garden, with the hope of an earlier flower crop next year. I’ve already planted out my Sweet Williams, sown earlier in the summer and will be getting round to planting garlic, broad beans and bulbs in the next month or so.

Below are the pictures telling the story of August in the kitchen garden. 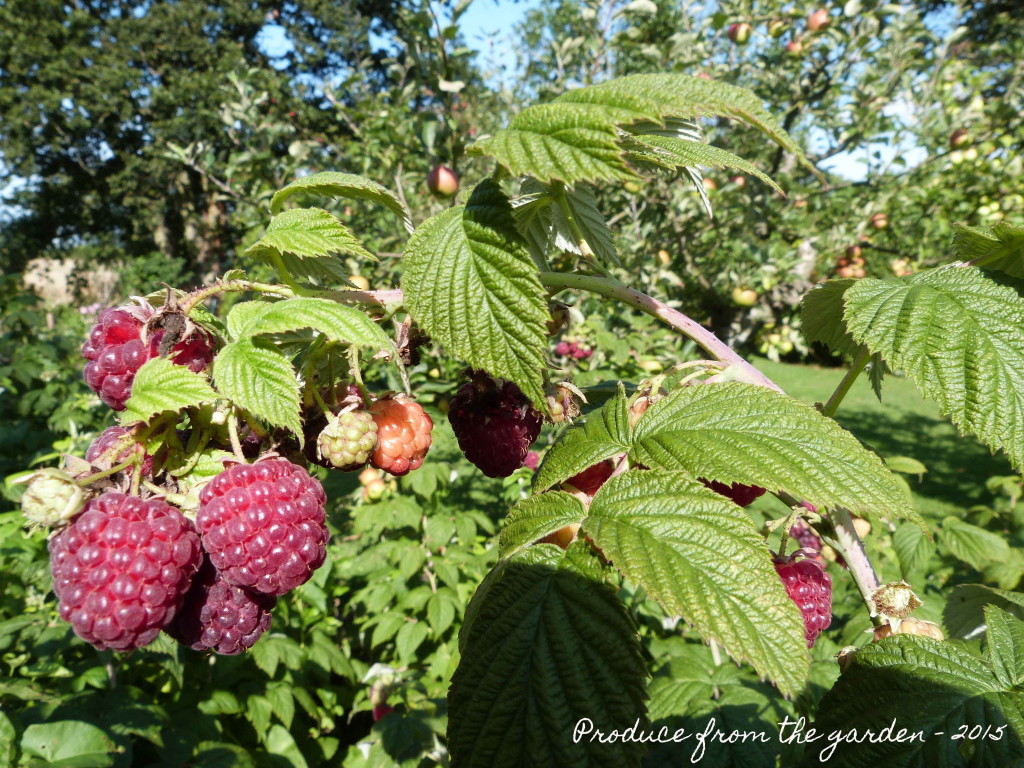 There’s been a constant steam of raspberries

Grape like bunches of plums have weighed down the trees 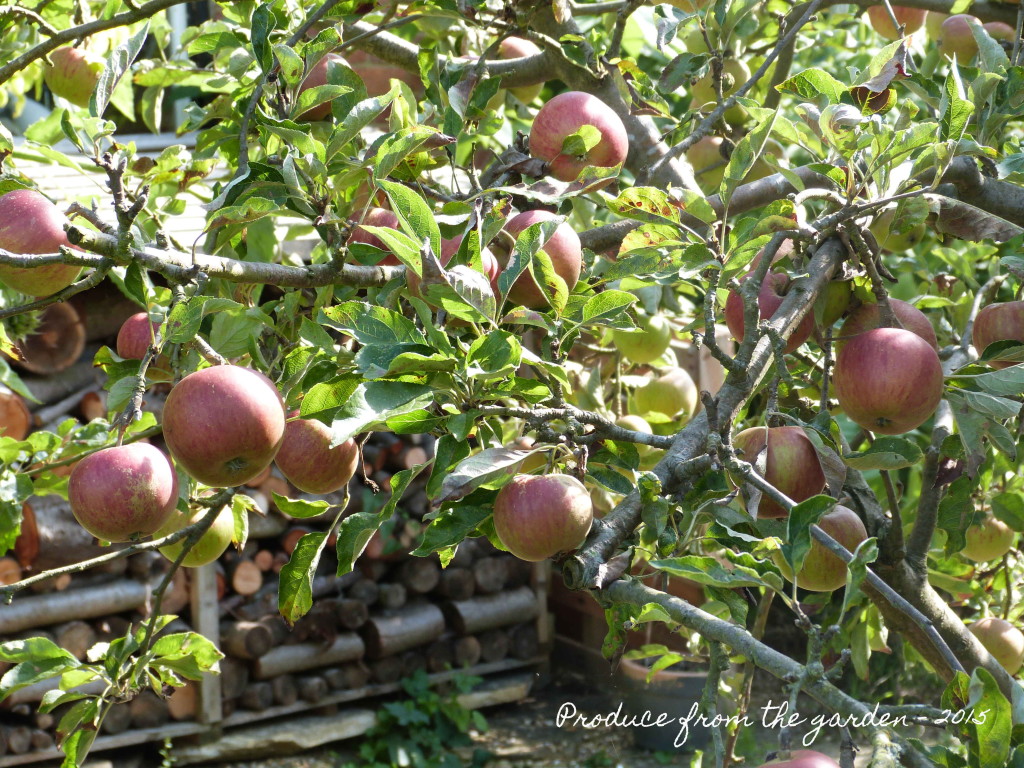 The apple trees are also ladden, we’re looking forward to a good harvest

Last year we had just one pear, this year the tree is full 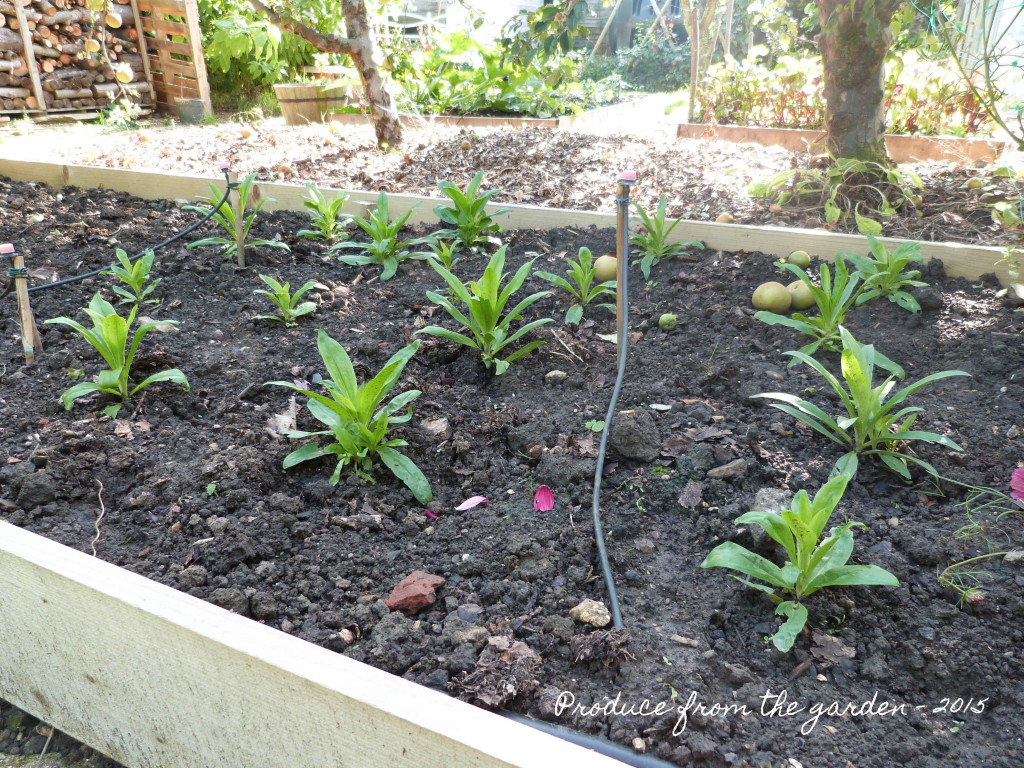 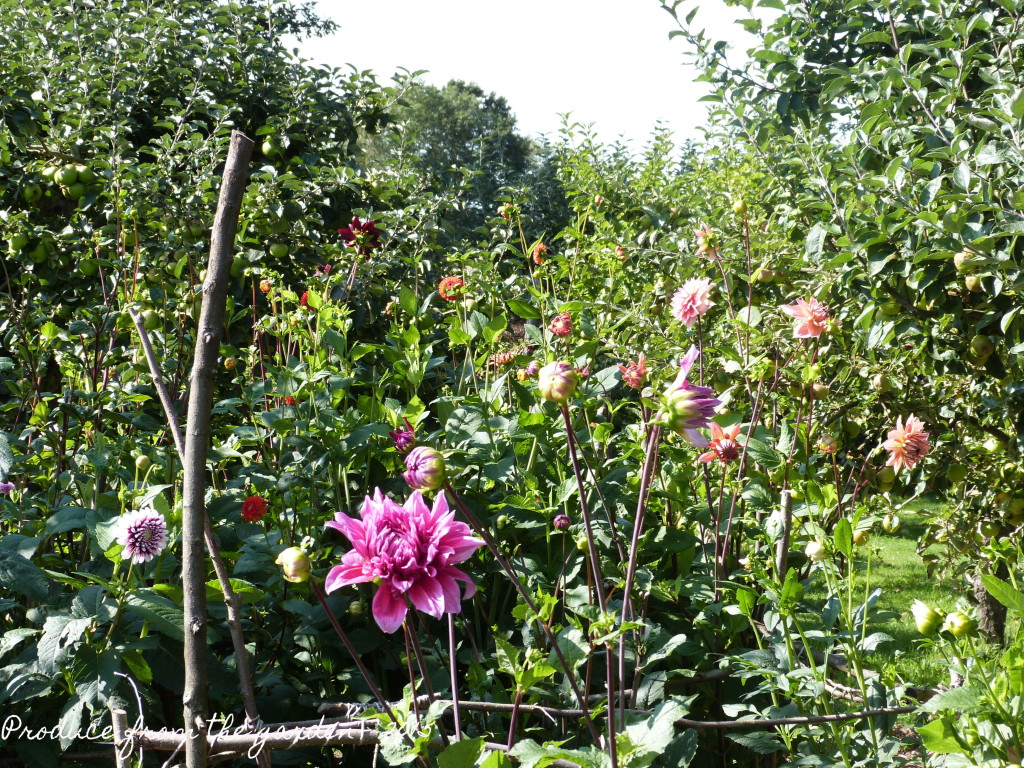 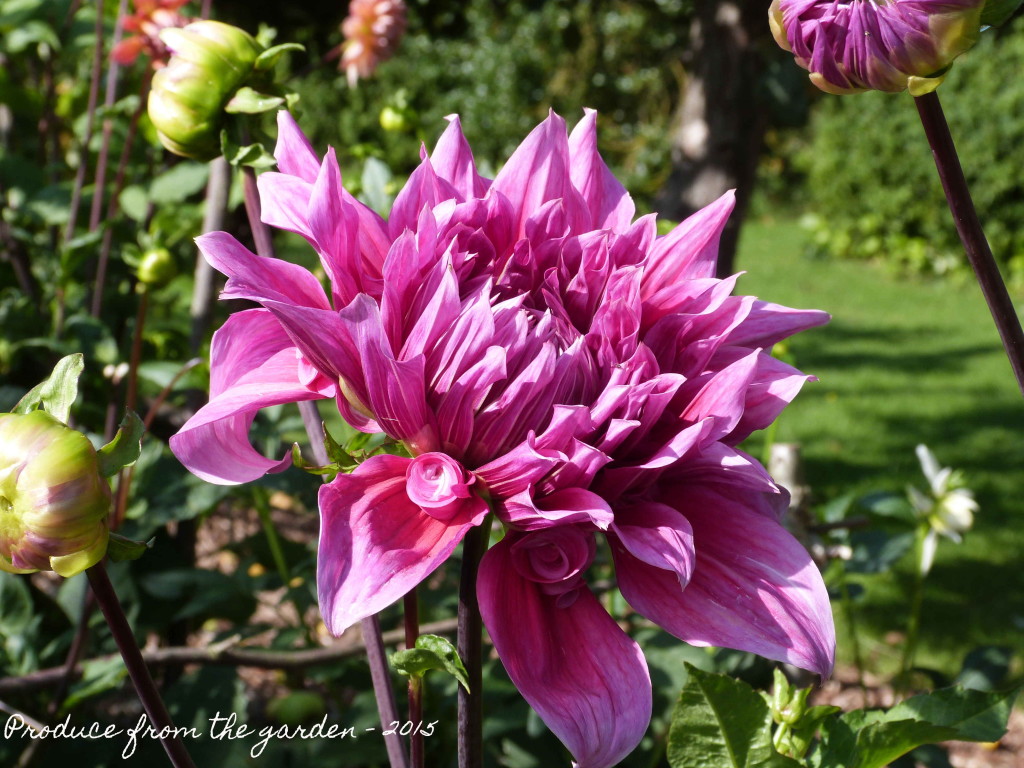 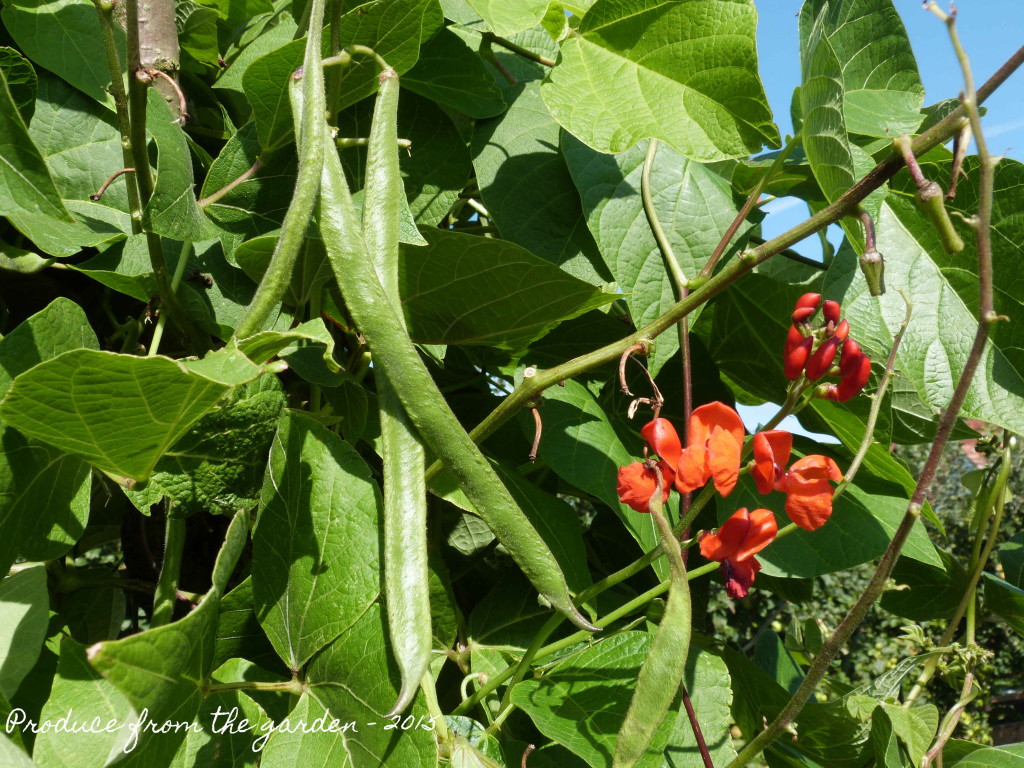 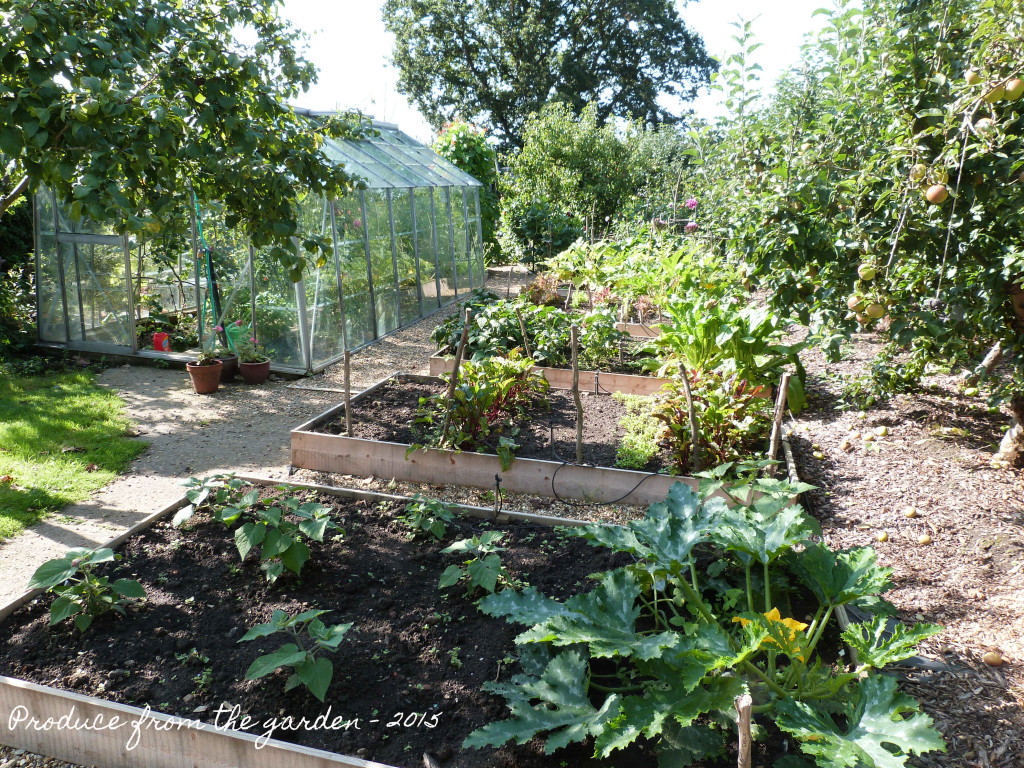 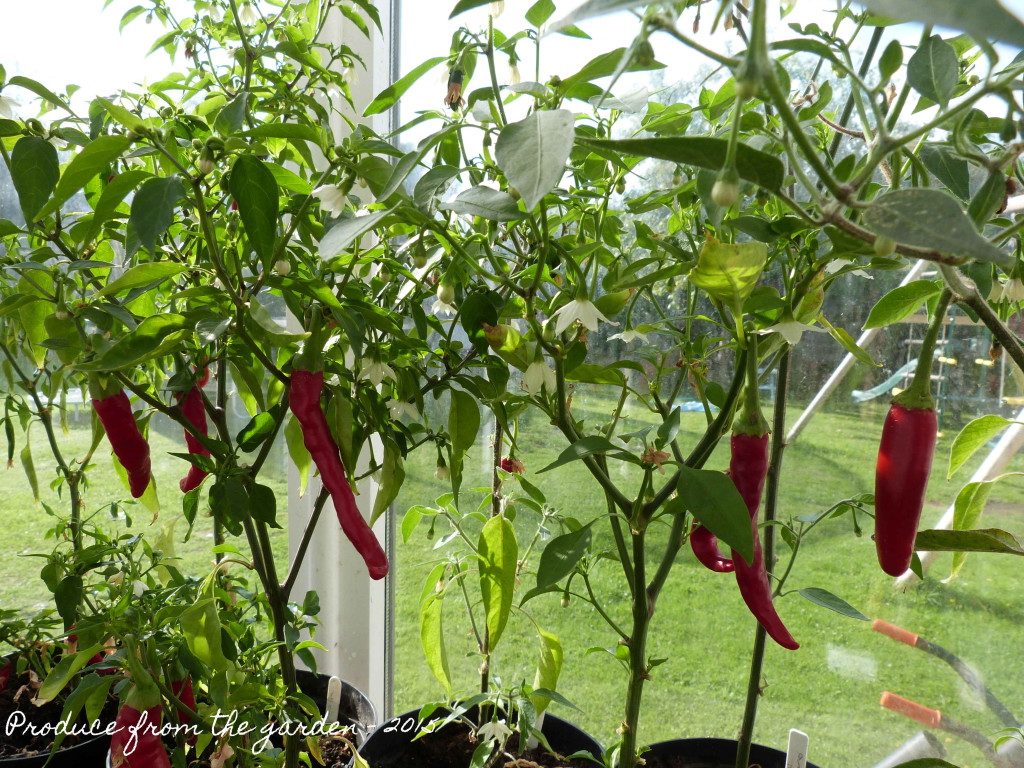 Chilli’s in the conservatory, once picked we keep a couple fresh and freeze the rest for use over the next year