We’re nearing the end of August and savouring the last few weeks of summer. We’ve had several days of rain in the last couple of weeks, sandwiched between lovely summer sunshine. It feels as though the lower vegetable patch has doubled in size during this time, the gravel paths have been engulfed with luscious vegetable crops making access tricky. Every time I pass the pumpkin patch I discover new ones nestled under their canopy of leaves, it looks like we’ll be having a good Halloween display. We’re cropping a good daily handful of courgettes and the butternut squash is defying all boundaries and crossing not only its borders, but weaving itself through the bean and pumpkin beds as well. The squash are tricky to spot as they’re light green camouflage is yet to turn an autumnal yellow. 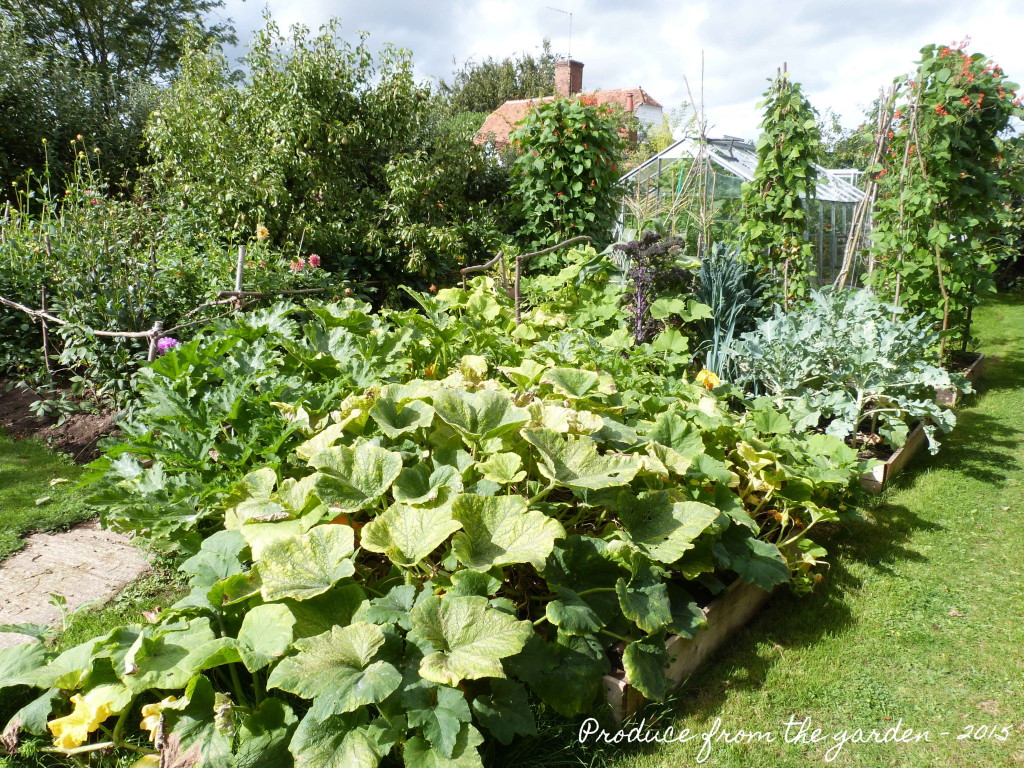 Back in March the husband and I coppiced one of our cobnut trees, counting the rings on the branches we cut back it had been a good twenty years since it’s last cut. Our plan is to coppice a tree every year on a 5 year rotation, the resulting stakes are kitchen garden treasures; they make beautiful structures for beans to ramble up or to keep the dahlias upright on a windy day. Rustic arches give height, interest and something for the sweet peas to climb up. I banned boring, ugly, utilitarian bamboo canes from the kitchen garden years ago replacing them with charming, irregular, characterful chestnut and hazel stakes. To me the aesthetics of the kitchen garden are as important as its produce. After toil, bad language, and a terrible cobnut branch tangle, our first tree was coppiced and cleared; it seemed such a brutal operation that the chance of its survival was slim. I’m relieved and delighted to say it’s thriving, putting up a great selection of shoots that will no doubt become beautiful, straight, long stakes in 5 years time. 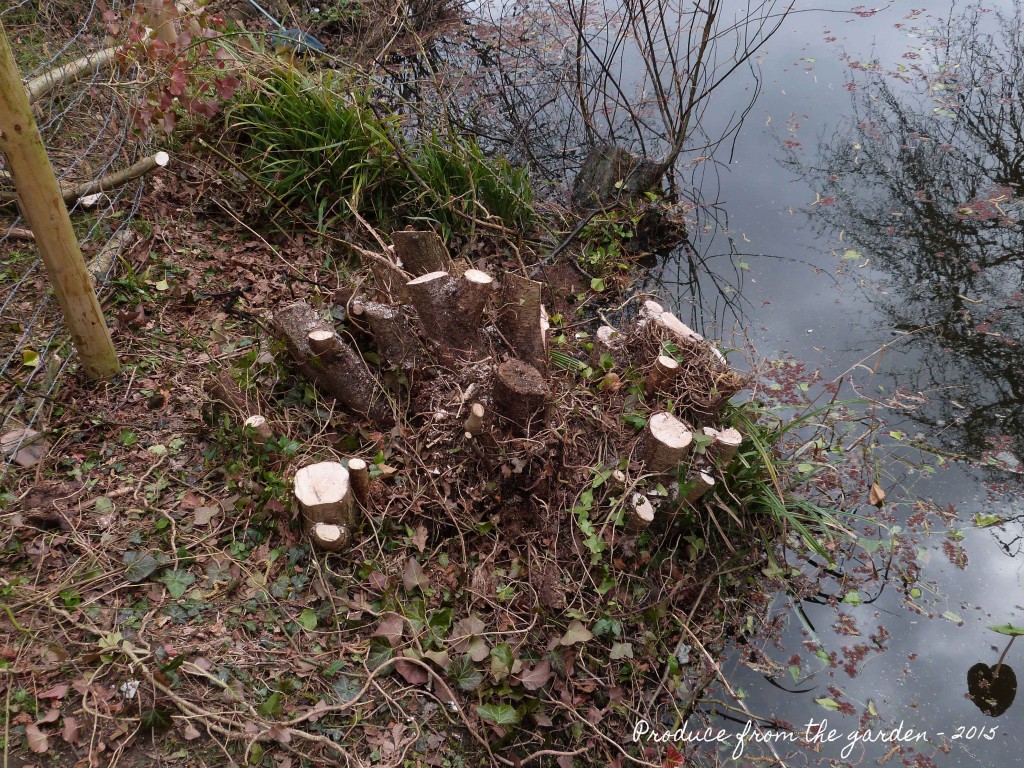 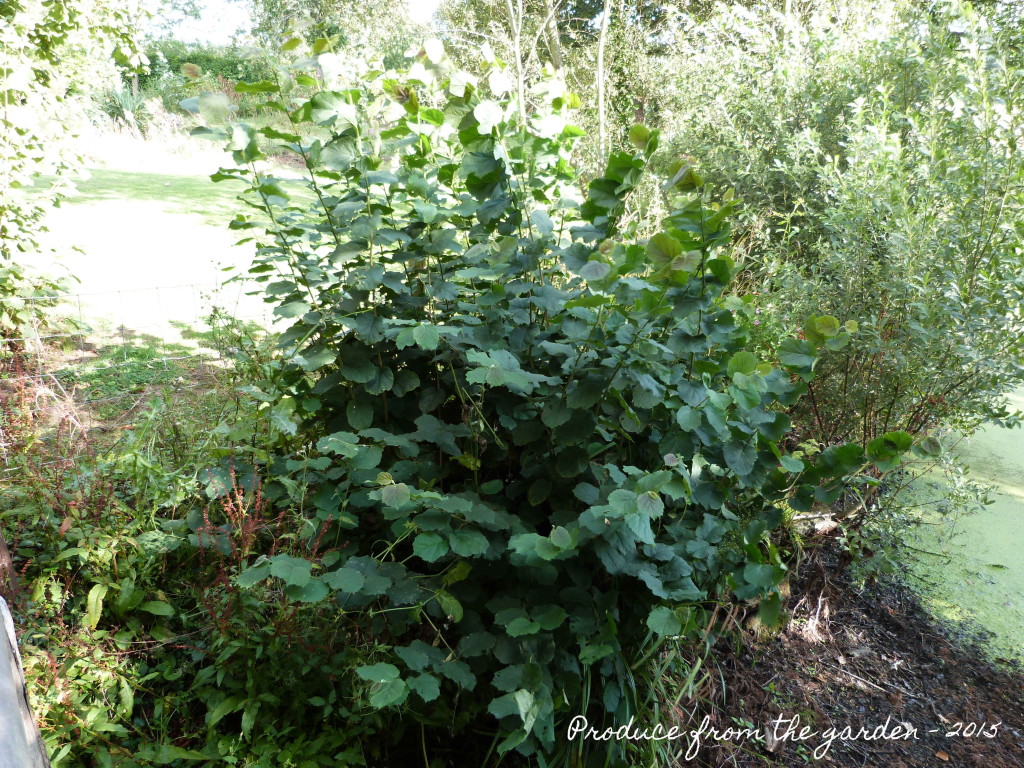